by Alexandru Micu
in Biology, News, Videos
A A

We’ve often talked about cellular multiplication or division, but have you actually ever seen it in action? Well, through the magic of modern technology and the cinematic flair of YouTuber francischeefilms, you’re about to have a front-row seat to the show.

Their time-lapse video shows a Rana temporaria / common frog tadpole egg on its journey from a humble four cells to several million, all in just 20 seconds. 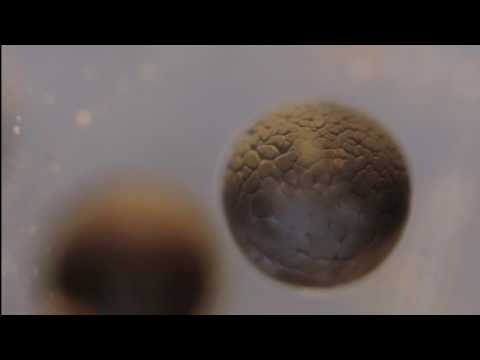 That’s much faster than in real life. According to francischeefilms, the video took “about 33 hours at 15-17C approximately” to make.

“The whole microscope sits on anti-vibration table. [I]t doesn’t matter too much what microscope people use to perform this,” francischeefilms further explains on their YouTube page.

“There are countless other variables involved in performing this tricky shot, such as: the ambient temperature during shooting; the time at which the eggs were collected; the handling skills of the operator; the type of water used; lenses; quality of camera etc.”

The YouTuber had to design and put together his own equipment to capture these incredible shots, as well as get the lighting and microscope set-up exactly right.

But all that hard work certainly paid off — seeing a life just starting out with such enthusiasm is nothing short of amazing. So the next time division comes into discussion, you’ll know exactly what it looks like.