by Tibi Puiu
in Discoveries, Research
Reading Time: 1 min read
A A
Share on FacebookShare on TwitterSubmit to Reddit 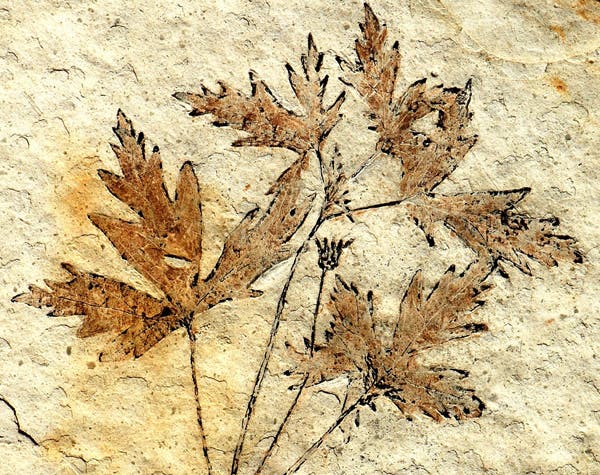 Named Leefructus, the captioned above perfectly preserved flower is estimated to be 123 to 124 million years old, which makes it one of the earliest angiosperms ever found – the ancestors to all modern day flowers. Besides the obvious stunning preservation of the flower fossil, the find is also on par with a very interesting theory. One that says that the extinction of non-avian dinosaurs which died off this period is directly linked to the evolution of angiosperms like Leefructus. The theory says that conifers and other gymnosperms that were around at the time got overrun by angiosperms, leaving non-avian dinosaurs with little time to adapt. Thus, mammals and insects blossomed as a result of the flower revolution, while dinosaurs finally turned over. It’s a nice interesting theory, one with little evidence, but which will make one pause for a good while strolling through the park.

As published in Nature via New Scientist.