Finally, it seems researchers have taken a new strong step towards developing an HIV vaccine, which could send HIV on the road to hell, so to speak. Researchers at the National Institute of Health (NIH) announced their discovery of three new HIV antibodies; this in itself is not big news, because HIV antibodies get discovered all the time. However, until now, the strongest one neutralized less than half of all HIV strains. 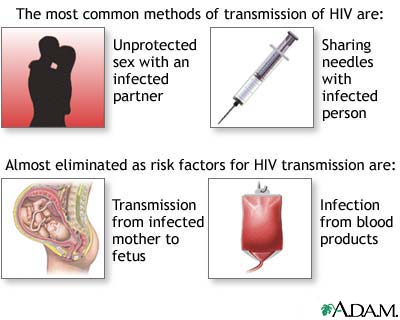 Yet one of these three antibodies kills no less than 91% of all HIV strains, which makes it by far the best one so far. New techniques for rapidly identifying antibodies allowed the discovery of numerous very potent ones. The researched spawned so much interest that it was published in two different papers in Science (here and here).

These new antibodies were found in the blood of an HIV positive man dubbed Donor 45, in the scientific research they published. Donor 45 is quite special, in that he is what you call a long-term nonprogressor, meaning he has been living with HIV for 20 years, without developing his condition. Despite the fact that he has the standard HIV load, his antibodies keep the virus from invading his cells. Researchers believe these antibodies are not the result of any special genes and they hope that anybody could produce them.

The next step would be producing a vaccine from the antibodies, but this is no easy task. Generating a HIV vaccine first requires creating a harmless version of the virus that can be safely induced in the body, and this is especially hard when it comes to HIV, because when in its dead form, it loses the capacity to generate an antibody response. However, hard doesn’t mean impossible. The process is delicate and requires some creative thinking, but the initial results show great promise for the future.