The best part? The spiders themselves produce it.

by Mihai Andrei
in Biology, Materials, News
Reading Time: 2 mins read
A A
Share on FacebookShare on TwitterSubmit to Reddit 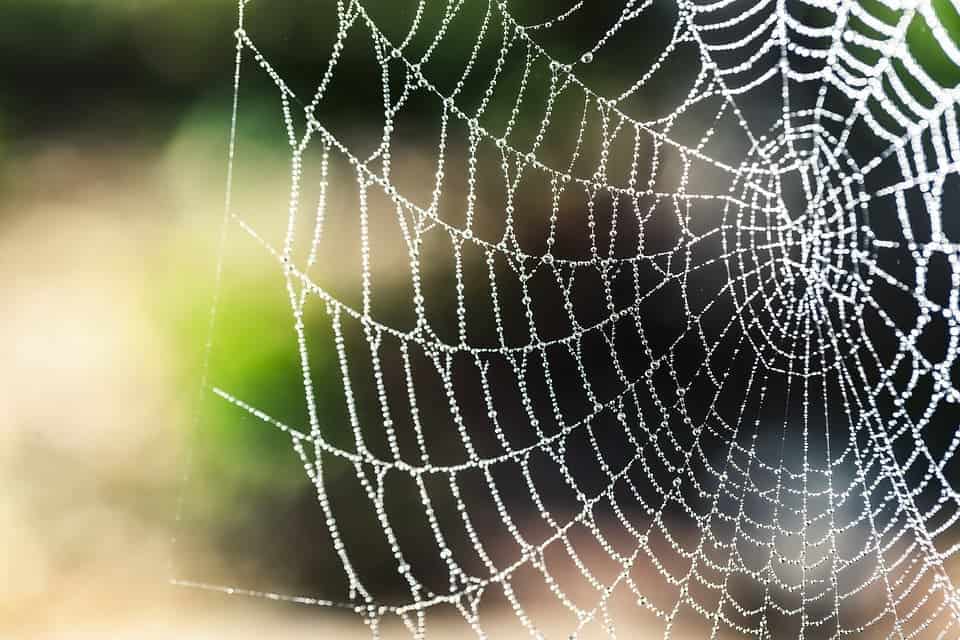 Parachutes and many other things could soon be made from spider silk, as two wonder materials combine to achieve remarkable properties.

The spiders produce it

Spider silk is basically a protein fiber spun by spiders to create webs and other similar structures. Different spiders create different types of webs, optimized for their particular needs. But most spider webs are characterized by a unique combination of high tensile strength and extensibility, which allows them to absorb a massive amount of energy before breaking (strength should not be confused with toughness, which is a different property). Meanwhile, graphene is the new wonder material on the block. It’s basically a one-atom thick sheet of carbon which for all purposes can be considered two dimensional. Graphene also exhibits impressive mechanical properties, as well as being a semiconductor.

Now, scientists led by Nicola Pugno at Italy’s University of Trento have managed to combine the two with carbon nanotubes into an innovative material which — amazingly enough — the spiders themselves produce.

“We already know that there are biominerals present in the protein matrices and hard tissues of insects, which gives them high strength and hardness in their jaws, mandibles, and teeth, for example,” Pugno told The Sydney Morning Herald. “So our study looked at whether spider silk’s properties could be ‘enhanced’ by artificially incorporating various different nanomaterials into the silk’s biological protein structures.”

Their work ingeniously takes advantage of the metabolic processes already happening inside the spiders. The researchers fed spiders water containing the nanotubes. The spiders then produced an improved silk which was five times stronger than the regular one, putting it on par with the strongest materials on Earth (ie Kevlar).

Applications for this are far reaching. For now, researchers have their eyes set on parachutes, but Pugno says that this approach could be extended to other animals as well. Basically, a similar mixture could be fed to different animals, giving birth to a completely new class of materials.

“This process of the natural integration of reinforcements in biological structural materials could also be applied to other animals and plants, leading to a new class of ‘bionicomposites’ for innovative applications,” he asserted.

Still, this is only in early stages of testing — only a small quantity of silk has been harvested and analyzed, it remains to be seen whether the process can be scaled