Remember the Tesla batteries that could take your house off the grid? Now, Tesla’s back with more

In March, we were telling you about Tesla Motors' new development, a new battery that could take your home off the grid and eliminate one of the major problems associated with renewable energy - storing it. Now, Tesla is already rolling out the new generation with some remarkable feature. The coolest one? Liquid cooling!

by Henry Conrad
in Inventions, News, Technology
A A

In March, we were telling you about Tesla Motors’ new innovation, a new battery that could take your home off the grid and eliminate one of the major problems associated with renewable energy – storing it. Now, Tesla is already rolling out the some new features for their chargers. The coolest one? Liquid cooling!

When dealing with electric cars and even home energy, storing is one of the main problems – you get a lot of wind and solar energy during some periods, and not that much during other periods. If you could somehow store that energy efficiently, then it suddenly renewables become much more viable. Enter the stage Tesla.

Aside for their electric cars, they’ve also designed these batteries that are large enough to store energy for an entire home; they even have an industrial version for companies and factories that comes in 100 kilowatt-hour modules and prices at $25,000. Automated, compact and simple to install, the battery offers independence from the utility grid and the security of an emergency backup. But if you’re going for compact, why not make the charging stations also smaller?

Previous charger versions were air-cooled, but this new one which is liquid-cooled allows the battery to be smaller, lighter, and possibly produce a faster charge. Other changes are small, but significant and well designed. The controller’s buttons have been updated and air vents have been installed at the bottom. Even the bulkiness of the cable has been addressed. With the capability to add 170 miles of range in just 30 minutes to Tesla Motors’ flagship Model S luxury sedan, Tesla’s modular Supercharger used a long, heavy cable to pass the current – and some considered that an issue. However, with the new cooling, the cable is now smaller and lighter.

But why, you might ask – why does liquid cooling lead to all these changes? Well, every cable has a resistance, meaning that it opposes the passing of electrical current. The more current you pass through a cable, the more electrons are going around and this agitates and warms the atoms. When the atoms are more agitated, they collide even more, create even more heat, and of course, raising the resistance. Here’s where the engineering kicks in: if you want to reduce the resistance of a cable, you can either make it thicker, or make it colder. A super-cooled cable is capable of carrying a much higher current, so by cooling the cables, Tesla engineers were able to make them thinner.

Youtuber Tesla Model S vlogger Christopher Allessi II — aka KmanAuto (via GreenCarReports) shared this video of one of Tesla’s first liquid cooled superchargers in action, so you can see it live. 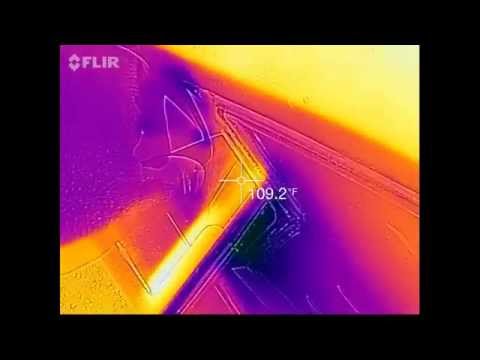 At the last official count, which took place in late May, there were 437 Supercharger stations around the world with 2,395 Superchargers, but it’s not clear which one of these will be getting the new version. I’m truly excited by the way Tesla are tackling energy storage, and I’m pretty sure we’ll be seeing even more innovations from them – and I can’t wait!