by Mihai Andrei
in Inventions, Offbeat
A A

Few people can claim to have built their own dream, but New Zealander Lance Abernethy can – he has taken his passion for small things to the next level and built the smallest functional drill.

With the help of technology (in the form of 3D printing), his passion and patience created this new device based on the design of a conventional drill. Painstakingly, he converted all the distances and measurements to millimeters – it took him three hours just to connect headphone wiring to a hearing aid battery. He said he wants to go even further, designing an even smaller one – the problem is finding a small enough battery.

But this is not just about a man fulfilling his ambition of designing small tools – there may yet be a use for such small tools. Just imagine, having a toolkit small enough to fit in your pocket, using it to fix your glasses or smartphone.

To me, there’s a special refinement to this project; the way he took his idea and created something tangible from it is admirable – and the drill looks great! Oh, and if you’re still in doubt, it really works, as you can see below: 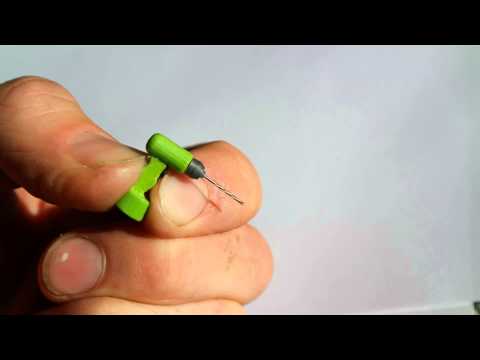