NASA always gets the best of everything.

by Alexandru Micu
in Inventions, News, Research, Science, Space, Tech
A A

NASA has been working on a space-friendly internet technology for years and earlier this month their efforts have been rewarded. The agency has installed the first functioning Delay/Disruption Tolerant Networking (DTN,) system aboard the ISS. It is expected to improve data availability and automate transfer for space station experimenters, resulting in more efficient bandwidth utilization and more data return.

Keeping an open line between our planet and outer space is a very difficult task at best. The huge distances involved are the foremost problem, but there’s also radiation waves to consider plus planets and asteroids and spacecraft whizzing about, blocking the signal.

Up to now, NASA handled data transfer through three networks of distributed ground stations and relay satellites, supporting both their own and non-NASA missions: the Deep Space Network (DSN), the Near Earth Network (NEN), and the Space Network (SN). All of them transfer information using point-to-point (or direct) relaying between two nodes — similarly to how a telephone landline works.

The problem is that successful space exploration requires the ability to exchange data, a lot of data, fast and reliably, between many different nodes. It’s not something you can handle over the phone, even with the most stable of lines. So NASA has been looking to adapt the terrestrial Internet, on a much wider scale, for space use.

The result is called Delay/Disruption Tolerant Networking, and has been in the making for a few years now. The main difference between the DTN protocol and that those governing a wireless network down here is in how they handle data transfer. For you and me, when something blocks our Wi-Fi the connection slows or disconnects entirely. The DTN protocol however stores data if a connection becomes interrupted, and then forwards it using relay stations to its intended destination. This means the network can function even when a recipient server is offline. 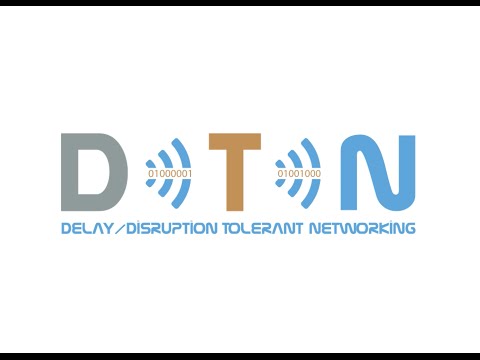 To create the DTN, NASA enlisted the help of one of the pioneers of the Internet, Dr. Vinton G. Cerf, Google vice president and a distinguished visiting scientist at NASA’s Jet Propulsion Laboratory in Pasadena, California. He predicts the technology will bring many benefits in space as well as on Earth, especially in disaster relief conditions.

“Our experience with DTN on the space station leads to additional terrestrial applications especially for mobile communications in which connections may be erratic and discontinuous,” said Cerf. “In some cases, battery power will be an issue and devices may have to postpone communication until battery charge is adequate. These notions are relevant to the emerging ‘Internet of Things’. ”

NASA installed the first DTN system earlier this month in the ISS‘s Telescience Resource Kit (TReK) — a software suite for researchers to transmit and receive data between operations centers and their payloads aboard the station. NASA reports that adding this service on the station will also enhance mission support applications, including operational file transfers.