by Tyler MacDonald
in Archaeology, Discoveries, History, Science
A A

Icelandic legends tell of Vikings using sunstones to navigate the ocean when clouds hid the sun and stars. Now, a new study suggests that Vikings might have actually used these minerals to navigate, making the legends a reality. 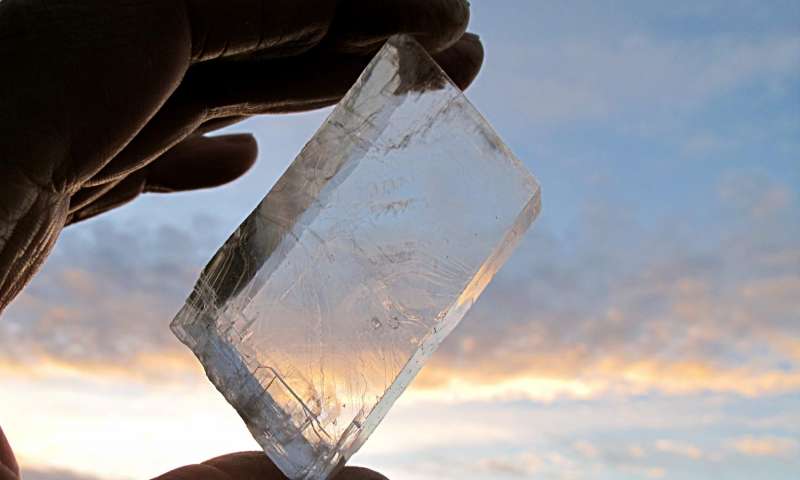 Vikings might have used sunstone to navigate the oceans when the sun and stars were hidden by clouds. Credit: ArniEin/Wikipedia/CC BY-SA 3.0

Modern sunstone is a type of crystal that exhibits a spangled appearance when viewed from different angles. In the new study, the researchers conducted numerous experiments to test the possibility that Vikings used the unique properties of these crystals to navigate their way across the ocean and found that they can be beneficial navigational aids when the skies are blanketed with clouds.

Viking history has been well documented, with researchers uncovering the details of their raids across Europe from the late 790s until 1066. However, further research has revealed their travels to the Middle East and North America, leading scientists to wonder exactly how they made their way across such vast stretches of ocean, especially during periods of time when they could not use the stars or sun for guidance.

Sunstones have been speculated as Viking navigational aids for some time. In addition to their presence in legends, a recent examination of a 2002 Viking shipwreck yielded a sunstone near other navigational instruments, fueling speculation that the mythology could be true.

The researchers gathered 10 volunteers and asked them to determine the position of the sun in a virtual planetarium, where dots represented the results of using a sunstone. Over the course of 2,400 trials, 48 percent resulted in accurate readings within one degree. Furthermore, the team discovered that the sunstone was most accurate when the digital sun was closest to the horizon, meaning that the method is ideal for use at dawn and dusk when the sun is lowest in the sky.