by Mihai Andrei
in Biology, Research
Reading Time: 2 mins read
A A 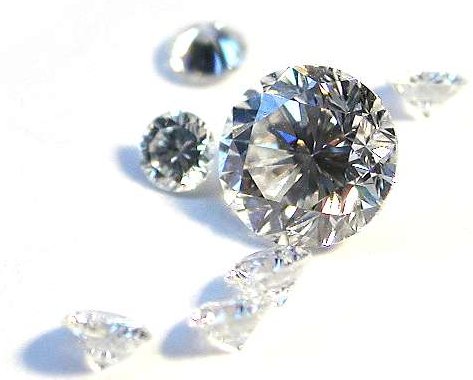 Diamonds are a girl’s best friend, but according to a study led by Andrei Sommer, Dan Zhu, and Hans-Joerg Fecht, diamonds are life’s best friend too. According to them, billions of years ago the surface of these precious gems made it possible for life to rise, by providing just the right chemical conditions.

It is currently believed that life’s earliest forms evolved from something called “primordial soup” of simpler molecules. These authentic building blocks of life however still hold numerous secrets for scientists; the details of how these simpler amino acids molecules were transformed into complex polymers is something nobody has been able to answer yet.

A diamond is basically a cristalized form of carbon, older than the earliest form of life on Earth. By studying them, scientists were able to report that diamonds could have created chemical reactions billions of years ago that created the necessary conditions for life to evolve. They used a lab procedure that included treatment with hydrogen and found out that the diamonds produced a crystalline layers of water on its surface which conduct electricity and are essential for life.

What probably did happen is that when primitive molecules landed on these surfaces in the early atmosphere of our planet, the resulting reaction was probably strong enough to generate more complex organic molecules. As a result, these organic molecules led to the slow but instopable development of life, as we know it today.