Ants use bacteria to grow gardens

by Mihai Andrei
in Biology, Research, Studies
Reading Time: 3 mins read
A A
Share on FacebookShare on TwitterSubmit to Reddit 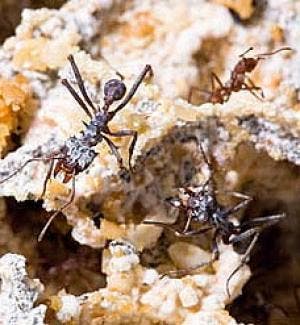 Ants are most amazing creatures, and there’s so much we could learn from them I wouldn’t even know where to start. As it is, we’ve just started to scratch the surface of what we know about ants, and strangely enouch, researchers are discovering more and more things human and ant societies have in common.

Leaf cutter ants are one of the most remarkable ant species, and scientists have recently found a new quality (or ‘skill’, if you wish) to add to their inventory: they use nitrogen-fixing bacteria to make their gardens grow. You know who else does something similar? Humans.

The finding was reported on 20 November in Science by bacteriologist Cameron Currie from the University of Wisconsin-Madison and analyzes a previously unknown very interesting symbiosis between ants and bacteria, providing a totally new insight on leaf cutter ants and how they managed to be the dominant ant species in the American tropics and subtropics.

“Nitrogen is a limiting resource,” says Garret Suen, a UW-Madison postdoctoral fellow and a co-author of the new study. “If you don’t have it, you can’t survive.”

Indeed, this ‘business relationship’ allows the ants to be impressively successful, while the bacteria thrives too.

“This is the first indication of bacterial garden symbionts in the fungus-growing ant system,” says Currie, a UW-Madison professor of bacteriology. 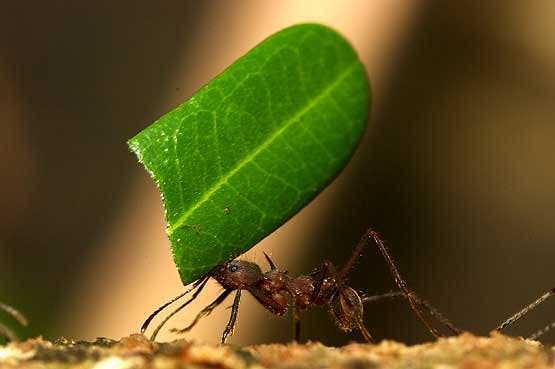 The fungus growing ants are technically herbivores, but without the bacteria, there is absolutely no way they could get the necessary nutrients.

“Without nitrogen, there is no way these guys could achieve such large colony sizes. These ants are one of the most dominant insects in the Neotropics. The ability to have colonies with millions of ants is predicted to require a tremendous amount of nitrogen.”

So how do they do it ? The gardens in question are initially sowed by the ants, which bring leaf pieces into their underground nests. From the leaf, a fungus called Leucoagaricus gongylophorus starts growing – which was traditionally viewed as the ants’ food, ever since 1890s research; only recently did researchers start taking into consideration the more complex interactions between the fungus, the bacteria and ants.

“Our results show that calling these ‘fungal gardens’ is pretty misleading; ‘fungus-bacterial communities’ would be far more accurate,” said Kristin Burnum, a bioanalytical chemist at the Department of Energy’s Pacific Northwest National Laboratory. . “Bacteria are not only integral residents of these communities, but they perform essential tasks that keep the communities — and the ants that help cultivate them — living.”

Researchers hope that understanding how this (sort of) symbiosis works can not only boost our understanding of complex ant societies and biological mechanism, but also lead to more effective development of biofuels.