In the aftermath of the 9.0 earthquake, Japan has doubled the number of workers trying to overcome a meltdown at the Fukushima Daiichi plant, but the situation appears to be deteriorating. 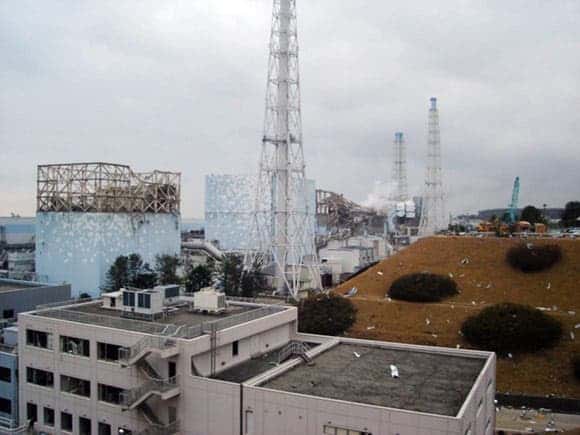 The 100 workers at the site continue to battle a situation which appears to be more and more serious with each passing hour; authorities have abandoned the plan to use helicopters to the pools due to radiation danger, but water cannons are still an option. It is estimated that out of the reactors, reactor No. 1 has almost three quarters of the fuel rods damaged, but the situation is worst at No. 4, which caught fire twice and where the remaining cooling water was actually boiling.

The accepted radiation level for the workers at the Fukushima nuclear plant has also been raised from 100 millisieverts to 250 millisieverts, in a move that has been described as “unavoidable due to the circumstances”. Military helicopters have also been seen flying over the reactors to measure the radiation levels, which continue to remain at significant levels, despite the fact that the reactor is undergoing a process of cooling on its own.