Everest is known as many things; first of all it’s the highest point in Asia, and in the world. It’s perhaps the peak over 8000 meters that most people try to climb (due to obvious reasons); but it also kills. 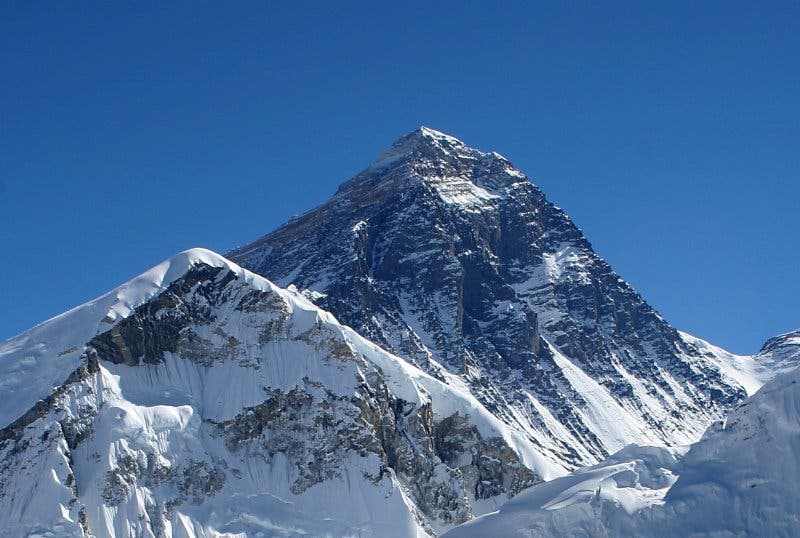 Despite not being the most dangerous peak on the face of the earth, it has killed over 300 people since the 1950s, and the numbers continue to grow. It’s also called the highest dumpster in the world. For these two reasons, every now and then, a team has to go up the mountain and clean any debris left behind, and, sadly, bodies as well.

A team of 20 Sherpas left in late April with the purpose of gathering any garbage left behind by climbers and to retrieve the bodies the mountain claimed in the death zone – above 8000 meters, where the air is 3 times thinner than on sea level. They also achieved one of their major goals – bringing back body of Swiss climber Gianni Goltz, who died in a brave attempt to climb the mountain without oxygen.

Also, along were brought the corpses of New Zealander Rob Hall and American Scott Fischer, guides in the infamous 1996 disaster described in the best-selling book Into Thin Air. When people die in these conditions, they are often left behind, due to the practical problems their carriage would rise. It’s a sad but necessary reminder that when tackling this type of heights, something unexpected can (and probably will) appear – in which case you have to be absolutely prepared; and even then, things can go wrong, especially when you consider there are other peaks way more dangerous than the everest.

The garbage left behind includes discarded tents, oxygen supplies, food, etc, and it will be put up for display at an exhibition at Everest base camp.

“Eight Sherpas have dug out the body from under the snow of Swiss climber Gianni Goltz and have brought his body down from the South Col to Camp 2,” Karki wrote.