The 5 tallest mountains on Earth

A rundown of the five tallest mountains in the world.

by Mihai Andrei
in Environmental Issues, Geology, Home science
A A

Mountains have always fascinated me… ever since I was a little kid. Although I can’t say that I’ve climbed really big mountains or did some extraordinary cliff hanging, I’ve had my share of mountain events, but at an amateur level. Even now when I look at a peak I feel like it’s reaching out towards the sky,  even in a metaphorical way. So it was quite unpleasant a few years ago to realize that I don’t know the 5 tallest mountains (knew 3 though). So it took a while, but I found them. Here’s a list for you (with pics) so you know something about then and don’t have to look them out yourself. 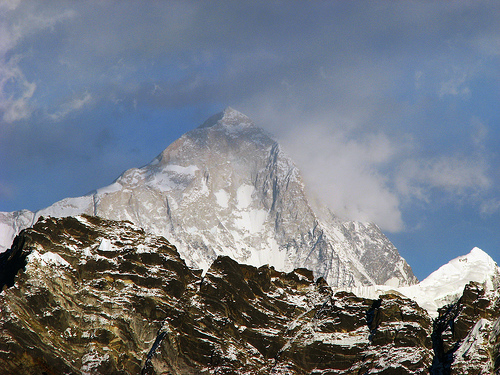 In Nepal it’s officially मकालु; in China it’s officially Makaru, or 马卡鲁山 Just thought it’d be cool to know. The first time anybody tried to climb it was in the spring of 1954. The expedition was turned back, and it was first climbed in 1955 by Lionel Terray and Jean Couzy of a French expedition led by Jean Franco. As you can (partially) see, it’s a four sided pyramid, which bears a single isolated peak. Also, it’s name represents spiritual destiny. 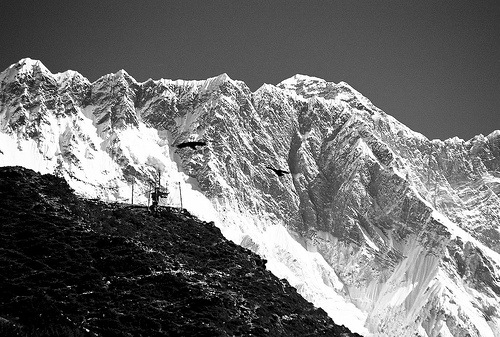 Keeping up the fun stuff: in Nepal officially ल्होत्से, in China officially Lhozê. First climbed on May 18, 1956, by the Swiss team of Ernst Reiss and Fritz Luchsinger from the Swiss Mount Everest/Lhotse Expedition. Its long east-west crest is located immediately south of Mount Everest, and the summits of the two mountains are connected by the South Col, a vertical ridge that never drops below 8,000m and makes it really hard to climb. The name means South Peak.

3. Kanchendzonga (Wikipedia calls it Kanchenjunga, but all the atlases I’ve seen call it this way) – 8,586 meters 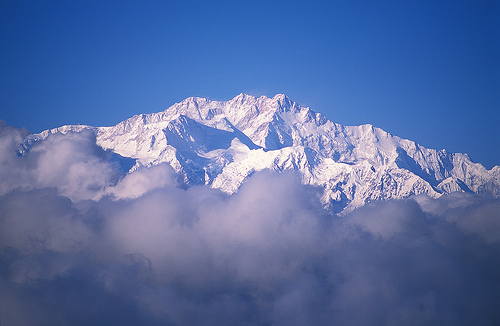 In my opinion, this is the most beautiful mountain in the world. I can’t put 1,000 pics in here so you could see for yourself… but do a search on google, Wikipedia, Flickr or whatever, and it will be worth it! It’s the highest mountain in India, and its name is just as fascinating as the mountain itself. Its name means “The Five Treasures of Snows”, as it contains five peaks, four of them over 8,450 metres; the treasures are gold, silver, gems, grain, and holy books. Still not convinced? What if you knew that due to the difficult access and the Indian government it has retained pretty much all of its pristine charm, making it the most “natural” mountain above 8000 m? Anyway, the way it rises as if from the clouds is just fantastic. Pure beauty! 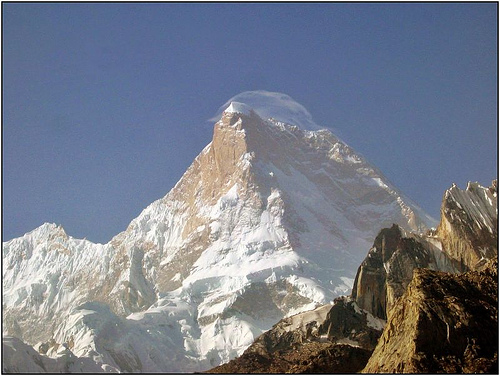 The mountain was first surveyed by a European survey team in 1856. Ever since, it remained a fascination, because of the difficulty of its climbing and the numerous deaths that occurred. Still, contrary to popular belief, it doesn’t have the highest mortality rate (stay tuned with the feed for that story in a couple of days); it’s just the image that the media has created. But don’t think it’s not dangerous! It’s reaaaaally dangerous! (really, it is!) Just not the most in the world; in the pic, it’s enveloped in mist, and stands without its usual sheath of ice and snow in the Karakoram summer. 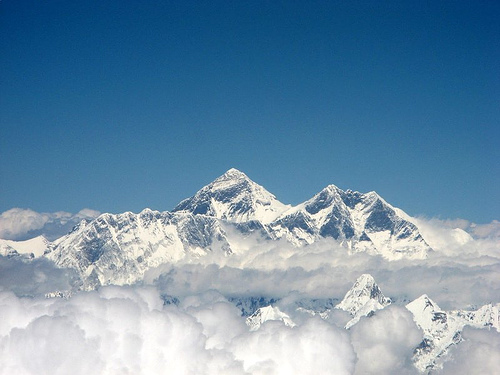 Here it is ladies and gents, the champs! Without a doubt the most famous mountain, Everest is worth its fame, quite frankly because it’s the biggest. It’s also called Chomolungma (=Goddess Mother of the Earth) or Sagarmatha (=Goddess of the Sky). First climbed by Edmund Hillary on May 29, 1953, it remains a symbol, and it will always be something more than a mountain.

It’s worth mentioning at this point that there is more than one way to measure a mountain  — by altitude, the distance from the ocean floor, and by the distance from the center of the Earth. Mt. Everest is the tallest mountain in the world by altitude but in the case of the other two perspectives, it falls short. For instance, Mauna Kea is at least 1,200 meters taller than Mt. Everest when you factor in the submerged part of the Pacific Ocean. Likewise,  Mount Chimborazo in Ecuador is the highest point in the world because it only sits 1 degrees above the equator while Everest is 20 degrees above the equator. Learn more about what’s the tallest mountain in the world.