Waste not, want not: astronauts to turn pee into nutrients, tools on deep-space missions

Stay hydrated up there, ladies and gents.

by Alexandru Micu
in News, Nutrition, Space, Videos
A A

Astronauts heading out to Mars or other corners of deep space will need systems capable of producing critical nutrients and materials on-route while keeping their craft’s weight as low as possible. One team of researchers is looking to down two birds with one stone by using yeast to turn astronaut’s urine and carbon dioxide into plastic mass and omega-3 fatty acid.

You can’t stuff a spaceship with everything astronauts will possibly need for a journey because every bit of extra weight translates to a large increase in the fuel required to get to space. Which begs the question: what happens if a crew member loses a bit of kit or a tool while working outside of the spaceship? How will they get a replacement? Well, one way to do it is to have some sort of production system on-hand to be used in such cases — and we have 3-D printing that.

As for the raw materials, scientists are increasingly turning to the astronauts themselves, who will generate constant material, in the form of waste, by simply eating or breathing. And the researchers are letting nothing go to waste.

“If astronauts are going to make journeys that span several years, we’ll need to find a way to reuse and recycle everything they bring with them,” says Clemson Univeristy Ph.D Mark A. Blenner, lead author of a study looking to turn waste CO2 and urine into a usable resource.

Here on Earth, we can play fast and loose with matter, since we’ve got plenty lying around. But in space, every molecule of usable material comes at a premium and we simply can’t afford to discard it. Towards that end, he and his team are working on turning astronaut-waste into things the crew actually need, such as plastic mass for 3D printing and vital nutrients.

These last ones in particular are tricky. Some vital nutrients, such as omega-3 fatty acids, can’t be stored for more than a few years before they degrade. Since any meaningful expedition will take more than that limited shelf life, we’ll need to produce such nutrients on-route a few years after launch and after the ship reaches its destination.

The team developed a biological system that relies on several strains of the yeast Yarrowia lipolytica which can be loaded in a dormant state and awakened when the crew needs to start producing material or nutrients. Y. lipolytica need nitrogen and carbon to grow, both of which are luckily in supply from the astronauts themselves. Blenne’s team showed that the yeast can feed on nitrogen contained in urine without any extra processing. For CO2, it’s a bit more complicated. It’s abundant in astronauts’ exhaled breath (or the atmosphere on Mars) and needs to be scrubbed out of the air anyhow or it becomes toxic, but the yeast can’t use it as-is in its gaseous form. To address that issue, the team is relying on photosynthetic algae known as cyanobacteria to fix the carbon dioxide into a form Y. lipolytica can absorb.

One of the strains of Y. lipolytica will churn out omega-3 fatty acids for the crew, which plays a key role in maintaining the brain, heart, and eyes in good health. Another strain of the yeast was engineered to biosynthesize monomers and link them together to form polymers — plastic mass. These polymers can then be run through a 3D printer so the crew can create spare parts, tools, or any other object they need on the journey. 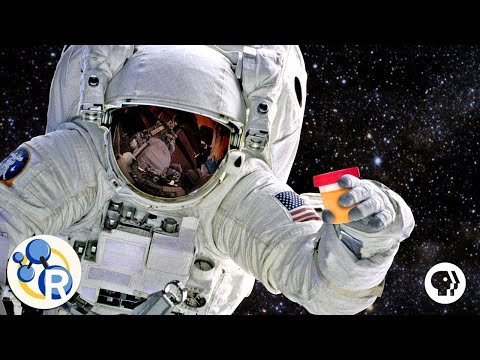 Currently, both strains only produce a small quantity of both polymer or omega-3, but the team is working on increasing yields. They’re also trying to make new strains that can produce other types of monomers with different physical properties, so future crews have access to a wider range of materials to better address any need.

But the work Blenner’s team is performing isn’t only for outer space — the omega-3 strain is just as useful for nutrition down here, and will be a particular boon to the aquaculture industry. Seafood raised in fish farms need omega-3 supplements, which in a particular twist of irony we’re currently producing from wild seafood and then feeding it to our fishy crops. Blenner’s yeast could solve that issue and finally allow ocean ecosystems some respite from fishing.

Overall, the research is also furthering our knowledge of yeast behavior in general and Y. lipolytica in particular. Although it is a yeast, it’s not very well studied and differs quite a bit from more mainstream strains of yeast, such as those used in alcoholic fermentation.

“We’re learning that Y. lipolytica is quite a bit different than other yeast in their genetics and biochemical nature,” Blenner says. “Every new organism has some amount of quirkiness that you have to focus on and understand better.”

The team presented their paper “Biosynthesis of materials and nutraceuticals from astronaut waste: Towards closing the loop” at the 254th National Meeting & Exposition of the American Chemical Society (ACS) in Washington, which will last through Thursday.