Marijuana has anti-inflammatory molecules which could be used in a new class of painkillers.

Canadian researchers at the University of Guelph have discovered how the Cannabis sativa plant generates pain-relieving molecules. In the future, the authors of the new study hope that biochemistry could enable a new class of painkillers based on Cannabis which doesn’t share the dangers of opiates.

“There’s clearly a need to develop alternatives for relief of acute and chronic pain that go beyond opioids,” said Prof. Tariq Akhtar, Department of Molecular and Cellular Biology, co-author of the new study published in the journal  Phytochemistry. “These molecules are non-psychoactive and they target the inflammation at the source, making them ideal painkillers.”

Prof. Akhtar and colleagues used biochemistry and genomics to investigate how the cannabis plant produces cannflavin A and cannflavin B, two flavonoids — one of the largest nutrient families known to scientists. Flavonoids include over 6,000 polyphenolic plant compounds and are one of the reasons why fruits and veggies are good for you. Previously, researchers established that flavonoids exhibit anti-inflammatory, anti-thrombogenic, antidiabetic, anticancer, and neuroprotective activities through different mechanisms of action in vitro and in animal models.

Cannaflavins A and B were first identified in 1985 by studies that found that the compounds’ anti-inflammatory effects are 30 times stronger, gram-for-gram, than acetylsalicylic acid, or Aspirin.

Unfortunately, these promising molecules haven’t been closely investigated ever since because cannabis research used to be highly regulated. But, today, cannabis is legal in Canada and researchers like Prof. Akhtar are free to study the plant as they please.

What’s more, huge leaps in genomics research means that there is now a trove of potential applications for cannabis waiting to be discovered.

“Our objective was to better understand how these molecules are made, which is a relatively straightforward exercise these days,” said Akhtar. “There are many sequenced genomes that are publicly available, including the genome of Cannabis sativa, which can be mined for information. If you know what you’re looking for, one can bring genes to life, so to speak, and piece together how molecules like cannflavins A and B are assembled.”

The team of researchers at the University of Guelph uncovered the genes responsible for creating cannflavins A and B. However, since the cannabis plant produces these molecules at such low levels, the scientists plan on developing a biological system that creates the flavonoids in large quantities.

Most people suffering from chronic pain use opioid painkillers to manage their condition. These drugs work by blocking the brain’s pain receptors but, in doing so, also carry significant side effects and the potential for addiction, and can even cause death. In 2018, tens of thousands of Americans were killed by overdosing on prescription opioid painkillers.

Cannflavins do not carry the same risks as opioids because they can block pain by reducing inflammation — a totally different approach.  In the future, the researchers hope that cannabis-based flavonoids will become widely accessible through a variety of medical products such as pills, creams, patches, and other options. 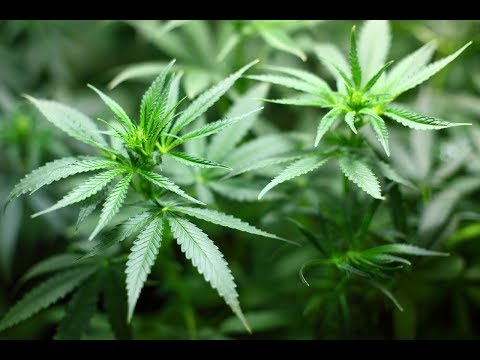