by Tibi Puiu
in Animals, Biology, Discoveries, Health & Medicine
Reading Time: 3 mins read
A A
Share on FacebookShare on TwitterSubmit to Reddit

It’s clear that humans are now, more than ever, a driving force in evolutionary biology. Early domestication efforts through breeding and training have changed some species to the point that they’ve grown to be as we wanted them to become. The effects of climate change, a great part of which is anthropogenic, actually influence animals all over the world in the way they evolve, as they’re forced to adapt to changing environments. A new study shines further light into the direct and indirect influence humans have on evolutionary biology, after scientists at University of Minnesota biologist, led by Emilie C. Snell-Rood, found that the brains of several animals living near humans – both in rural and urban areas – are bigger than they used to be. 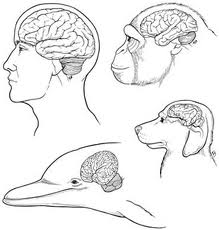 Dr. Snell-Rood and team collected an assortment of skulls belonging to 10 animal species, including mice, shrews, bats and gophers, kept at the Bell Museum of Natural History at the University of Minnesota. Dozens of skulls from each species were analyzed, some of which were dated from far back as a century ago.

The researchers found after measuring the dimensions of each skull they had at their disposal – an accurate indicator of brain size – that that in rural parts of Minnesota, two species of shrews and two species of bats experienced an increase in brain size.  In the city, two species (white-footed mouse and meadow vole) had brains 6% larger than the brains of animals collected from farms of other rural areas.

Forced to adapt at the hand of human intervention, most obvious for animals living in the city where everything is built and surrounded by humans (even parks), the animals that learned faster and smarter how to do this were likelier to survive and have offspring. Even rural areas aren’t what they used to be. Places where lush forests and unspoiled prairies used to be are now occupied by farms.

The findings seem to confirm other studies that found a link between better learning and bigger brains. In January, for example, researchers at Uppsala University in Sweden described an experiment in which they bred guppies for larger brain sizes.

The present findings cover Minnesota only, however, but it would be good bet that these are applicable in all parts of the world. With this in mind, researchers from other Universities might want to analyze collections of skulls kept at their local museums and study if more or less the same findings occur. Also, researchers could take on a genetic approach: breed smaller brain animals with their big brained cousins and study the offspring and what genes trigger bigger brains. In all, every effort that might better our understanding of how humans influence the evolution of animals are most welcomed.

The paper was published in the journal Proceeding of The Royal Society B.  [source/ Times]