The herbal supplement market is big business, about $5 billion worth if we’re to look at figures. Unlike medicine products sold over the counter, herbal supplements involve little regulation. In fact, the unofficial FDA policy regarding herbal supplements in somewhere on the lines of keep on the shelf until something bad happens. But it’s not the herbs your should be worried about though, it’s the lack of the of them or better said the substitutes used. 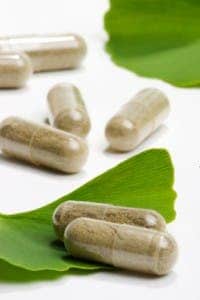 Canadian researchers tested 44 bottles of popular supplements sold by 12 companies in the US and Canada using a widespread technique called DNA barcoding used  help uncover labeling fraud in the commercial seafood industry.Instead of studying the entire genetic sequence or genome, scientists  can examine genes from a standardized region of every genome to identify species of plants and animals. This returns short sequences  that can be quickly analyzed — much like the bar codes on the items at a supermarket — and compared with others in an electronic database.

Following analysis of the said products, it was found that many of them weren’t what they claim to be. Certain pills that advertised the presence of an active ingredient or herb were heavily diluted, which should please homeopathy users nonetheless, but still this wasn’t written on the label. Far worse yet, some herbs were entirely absent – instead, cheap fillers like soybean, wheat and rice were found.

I know you’d love to hear which products or companies were involved, however, the authors didn’t disclose these in their paper. Some examples of tampered labels include echinacea supplements, used by millions to fight cold, which contained ground up bitter weed, Parthenium hysterophorus, an invasive plant found in India and Australia that has been linked torashes, nausea and flatulence.

Two of the supplements which were labeled as containing St. John’s wort – a medicinal herb that has shown results in treating mild depressing – had no trace of such plant in them! Instead, one of the supplements had nothing but rice, while the other contained  Alexandrian senna, an Egyptian yellow shrub that is a powerful laxative. That will take care of your depression. Another popular choice, Gingko biloba supplements that enhance memory, was found to be mixed with fillers and black walnut. This is extremely dangerous, since the presence of walnut was not mentioned! As you may know, there are quite a few people allergic to nuts and consuming such a supplement is a serious health hazard that is life threatening.

The extent is overwhelming: of the  44 herbal supplements tested, one-third showed outright substitution, meaning the advertised was not present at all and instead some substitute was used. It’s unclear, though, how many of the herbal supplements out there fall in the same line. There are an  estimated 29,000 herbal products and substances sold throughout North America.

“This suggests that the problems are widespread and that quality control for many companies, whether through ignorance, incompetence or dishonesty, is unacceptable,” said David Schardt, a senior nutritionist at the Center for Science in the Public Interest, an advocacy group. “Given these results, it’s hard to recommend any herbal supplements to consumers.”

Some believe, however, that the study is flawed because some voices claim the bar-coding technology it used could not always identify herbs that have been purified and highly processed.

“Over all, I would agree that quality control is an issue in the herbal industry,” said Stefan Gafner, the chief science officer at the American Botanical Council, a nonprofit group that promotes the use of herbal supplements. “But I think that what’s represented here is overblown. I don’t think it’s as bad as it looks according to this study.”

Indeed, because the technology relies on the detection of DNA, it may not be able to identify concentrated chemical extracts that do not contain genetic material, or products in which the material has been destroyed by heat and processing. The authors, however, defend their findings stating only powders and pills were used in the new research, not extracts.

Is the FDA getting this? I can understand resources are tight, but maybe stricter regulations are in order. It’s a wild west out there!

The paper was published in the journal BMC Medicine. [story via NY Times]