Sperm donors are manlier than non-donors

by Tibi Puiu
in Genetics, Health & Medicine, Studies
Reading Time: 2 mins read
A A
Share on FacebookShare on TwitterSubmit to Reddit 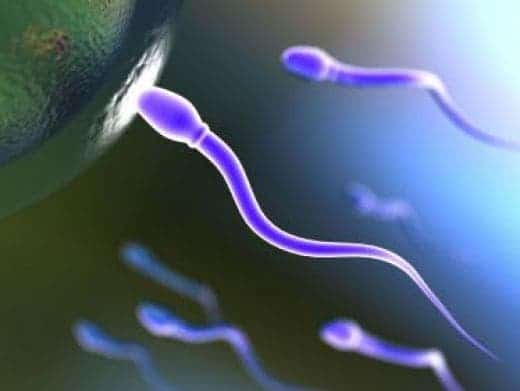 Researchers at Linköping University have taken up themselves to study the intricate personality of the sperm donor. What they found was that men who cared enough to preserve their heritage were more stable and mature than non-donors.

Rather extensive, as part of the study the researchers asked donors from all of Sweden’s seven sperm banks to fill in questionnaires relating to their temperament, character and demographic factors such as age, education and marital status –  the Temperament and Character Inventory personality scale or  TCI. The researchers then found non-donor subjects in the same demographics to match them up.

The study, which tried to paint a portrait of the common sperm donor in Sweden, concluded that there were significant differences on the temperament dimension of harm avoidance between the sperm donors and the comparison group, with lower means for sperm donors. Thus, the donors described themselves as being less worried, less uncertain and more energetic than men in the non-donating group.  Nearly half of the donors were in a relationship, and more than a third had their own children. It’s very likely that by now most of them have more kids than they can count.

Don’t think that these results apply for anyone who let one off in a plastic tube elsewhere in the world. For one, in Sweden sperm donors aren’t paid, so you don’t have your usual donors looking to make a quick buck to score some booze. They get something like covered travel and work expenses, but nothing more. So, one might easily add altruism to the number of already enchanting traits.

The sperm donors also showed significantly higher means on cooperativeness. This means that they described themselves as being more integrated with society and having a greater capacity for identification with and acceptance of other people than the comparison group.

Other studies have found that the  Temperament and Character Inventory output is deeply rooted in genetics, which is quite useful to know for Swedish mothers. The findings were reported this week in BJOG: An International Journal of Obstetrics and Gynaecology.