by Mihai Andrei
in Genetics, Home science
Reading Time: 2 mins read
A A
Share on FacebookShare on TwitterSubmit to Reddit 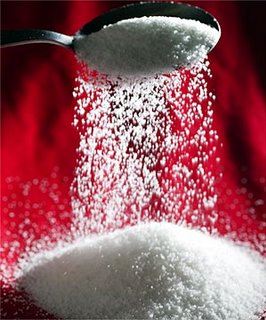 Whether you want to admit it or now, the world (and most of all America) has a problem with obesity. The fact that people are eating less healthy and working out less is something that can’t be denied even by the most optimistic of us. However, even taking into consideration all those aspects, the numbers seem to be unbelievable. About 1 in 3 Americans is obese, and under 1 in 3 has suitable weight.

What if it’s that high fructose corn syrup (HFCS)? It was introduced in 1970, about the time obesity began to take proportions, and it’s very possible that it has a certain trait that wreaks havoc into your cells, especially fat cells. When it was introduced, it was a huge success, and it took many “client” from sugar; you can check out all those things and many more from HFCSfacts, which was dedicated exclusively to sharing information about it.

What’s surprising is that almost nobody seems to be paying attention to this really important issue. Just taking into consideration all the health issues caused by obesity (not to mention the huge productivity loss) should be enough motivation for several studies to be carried to find out for sure if there is a connection between HFCS and obesity.

“A number of recent studies . . . have convinced me that HFCS does not affect weight gain,” says Barry Popkin of the University of North Carolina, who was an early proponent of the HFCS-obesity hypothesis. “At the same time, there is a new body of research that suggested HFCS might be linked with higher triglyceride levels and other health effects. This research is too preliminary to make any conclusion.”