by Mihai Andrei
in Diseases, Genetics
Reading Time: 3 mins read
A A
Share on FacebookShare on TwitterSubmit to Reddit

Mosquitoes are not only extremely annoying, but they’re some of the most lethal creatures out there, with malaria infecting over 200 million people each year. But genetically modified mosquitoes that lack some of their sense of smell cannot tell humans from other animals and no longer avoid approaching people who are slathered in bug spray. This finding, published in Nature, could help not only fight malaria, but also dengue and agricultural pests. 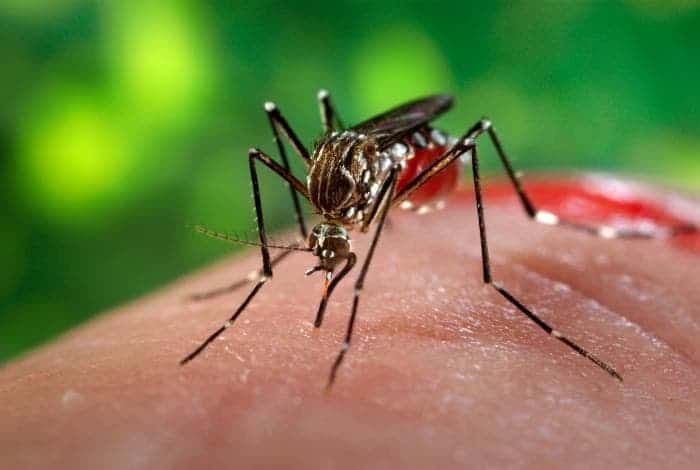 It may surprise you to find out that most mosquitoes, both male and female, feed on nectar and plant juices. However, in some species, the mouth parts have become specifically adapted to pierce the skin of animal hosts and suck their blood. But while most such species will feed on pretty much every animal they encounter, some, like Aedes aegypti, the mosquito that carries dengue and yellow fever, and Anopheles gambiae, which hosts the malaria parasites, are just pickier – they only like humans.

“They love everything about us,” says Leslie Vosshall, a neurobiologist at The Rockefeller University in New York, who led the latest study. “They love our beautiful body odour, they love the carbon dioxide we exhale and they love our body heat.”

While it may be good to know that no matter how down you are and how bad you feel someone will always like everything about you, it’s definitely not the kind of love you want. Vosshall’s team genetically engineered A. aegypti mosquitoes to lack a gene called orco which makes a protein that helps build the receptor molecules that sense many smells. When they were deprived of this gene, they struggled to distinguish not only humans from animals, but even honey from glycerol (an odorless liquid of similar consistency).

“It’s sort of like a game show where the mosquitoes are released into a box and we ask them to choose door number one, where there’s a human arm, or door number two, where there are our beloved guinea pigs,” says Vosshall.

The genetically engineered mosquitoes were also not able to sense insect repellant, landing on sprayed humans without hesitation; however, upon landing, they immediately flew away, suggesting that they can’t smell the repellant, but they still detect it by touch. Vosshall’s team is now trying to work out which other sensations repel mosquitoes.

“It’s unbelievable to me that people have been spraying DEET [repellant] on skin for upwards of 60 years. We don’t have any clear idea of how or why it works, and that as a scientist just drives me crazy,” she says.

That’s right, we’ve been spraying a product on ourselves for more than half a century without having any idea on how or why it works. So how does DEET work? Laurence Zwiebel, a molecular entomologist at Vanderbilt University in Nashville, Tennessee, says that Vosshall’s study shows that DEET does not work by simply blocking the smells that are conveyed by Orco, because mosquitoes without the gene are still attracted to humans. Instead, he suggests, it’s much more likely that the repellant jams the mosquitoes sensory system.

“We all know being in a room with too much sensory stimulation is pretty aversive.”

There have been significant efforts towards eliminating these species of mosquitoes altogether, and some studies have even shown that ecosystems wouldn’t be significantly altered if this would happen. But Vosshall is not an adept of this idea – nor is Zwiebel.

“We’re not looking to kill these insects, per se, we just want them to feed on something else,” Zwiebel Concludes.