by Tibi Puiu
in Diseases, Genetics 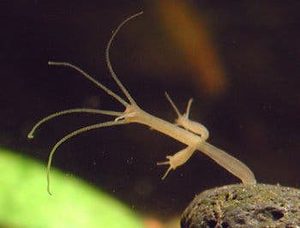 The Hydra is a tiny animal that can be found in just about any freshwater pond, just a few millimeters long, that has attracted the attention of scientists for years now due to its extraordinary regenerative abilities. The Hydra is consider to be biological immortal – it does not die from old age – although a scientific consensus has yet to be reached. Scientists studying the polyp Hydra claim they now know how the creature escapes senescence after they found a key gene. This gene is also believed to be linked with aging in humans.

The animal’s potential immortality is made possible by its reproductive system. The Hydra is an asexual being and doesn’t mate, instead it reproduces by producing buds in the body wall, which grow to be miniature adults and simply break away when they are mature. Popular scientific consensus has found that animals that reproduce later on and less frequently tend to live longer. The Hydra, however, begins to reproduce almost immediately.

Biology Professor Daniel Martínez at first was extremely skeptical of the claim that Hydras were biological immortal. He set out to disprove this assumptions and cultured tens of specimens, which he kept in isolation waiting for them to die. It’s already been four years and no specimen has yet succumbed from natural causes. For an animal of this size, nature dictates that it should have died long before.

Returning to the Hydra’s reproductive system. For this vegetative-only reproduction to work,  each polyp contains stem cells capable of continuous proliferation. “Hydra is a bag of stem cells,” Martinez says. “It is an adult that is produced by embryonic cells, so it is really a perennial embryo. The genes that regulate development are constantly on, so they are constantly rejuvenating the body.”

The gene that makes it all happen

As humans age, as well as many other complex biological lifeforms, stem cells lose the ability to proliferate and thus to form new cells. This causes tissue decline, which is why muscles get weakened with old age for instance. Influencing the processes that go with aging has been a goal for scientists science the advent of modern science. The Hydra might potentially have the ability to open new doors, especially after the latest research from scientists at the University Medical Center Schleswig-Holstein (UKSH) who recently found the gene that causes Hydra to be immortal – the FoxO gene.

Now, the gene itself isn’t something new. It’s been known by scientists for years and is present in all animals, and humans as well. However, until now it was not known why human stem cells become fewer and inactive with increasing age, which biochemical mechanisms are involved and if FoxO played a role in aging.

The German researchers genetically modified a batch of polyps such that they obtained Hydras with: no FoxO gene, deactivated FoxO gene and enhanced FoxO gene. Their  findings show that the animals with no FoxO gene have significantly fewer stem cells. Interestingly, the immune system in animals with inactive FoxO also changes drastically.

“Drastic changes of the immune system similar to those observed in Hydra are also known from elderly humans,” explains Philip Rosenstiel of the Institute of Clinical Molecular Biology at UKSH, whose research group contributed to the study.

The researchers go on to note that there’s a link between FoxO and aging in humans.

“Our research group demonstrated for the first time that there is a direct link between the FoxO gene and aging,” says Thomas Bosch from the Zoological Institute of Kiel University, who led the Hydra study. Bosch continues: “FoxO has been found to be particularly active in centenarians — people older than one hundred years — which is why we believe that FoxO plays a key role in aging — not only in Hydra but also in humans.”

That’s to say that FoxO has been proven to be linked with aging in humans, since testing such a hypothesis would require genetic modification of actual people. Remember, that the Hydra is an extremely primitive organism – immortal as it may be. Imagine that if you  take a hundred hydra, make a cell suspension, dissociate all the tissue, put it in a centrifuge, make it into a bowl, you’ll soon see how from those cells, somehow they bind together and you’ll get a couple of new hydras!

It’s been tested with mice, however, and apparently though they didn’t make them immortal, the enhanced gene therapy did in fact prolonged their lives considerably.

I recommend you also read one of my earlier pieces which also discusses another immortal animal – that’s right, you’re own backyard flatworm. This little puppy can regenerate its cells indefinitely thanks to the telomerase enzyme, which keeps DNA telomeres from shrinking and thus also keeps cell regeneration indefinite.

The findings of the German scientists were documented in the journal Proceedings of the National Academy of Sciences(PNAS).

Tags: FoxO genehydralongevitysenescence
IN THESE TRYING TIMES
Accurate scientific information is more important than ever. We're here to help make sense of it all:
coronavirus and beyond.