by Tibi Puiu
in Animals, Health & Medicine, Studies
A A

University of Nottingham scientists spurred a slew of debate in 2008 when they claimed their object of study, the planaria or “flatworm”, might actually be immortal, possessing an indefinite ability to regenerate its cells and thus practically never grow old. In fact, an important distinction must be made, it’s not that the flatworm never grows old that’s interesting, it’s the fact that it stays forever young!

As you can imagine a discovery of such interest didn’t go unnoticed, and it wasn’t long before the essential question was put – how do you really know that they’re immortal? A simple question, with an extremely complicated answer. To answer this question, you must first define what makes an animal immortal in the first place. Simply standing by an allegedly immortal animal waiting for it to die is far from being practical at all, in scientific terms. The researchers identified a number of genetic criteria which need to be filled in order for an animal to be considered immortal. First of all, it needs to retain the ability of replacing old cells with new cells indefinitely, and this is what stem cells are for.

Most animal in the world gradually tend to lose this ability as they age, thus causing them to get older, function improperly and eventually die. The flatworm not only is able to regenerate its old, dead cells, but it can literary grow a new brain, gut or tail when severed in two. Both cut ends grow into a new individual. Over the course of their several year long research, Notthingham University scientists have cloned a few thousand individuals starting from one single flatworm that was cut in two, which were also at their own term cut in two, and so on so forth. Biologist Dr. Aziz Aboobaker, who heads the project explains:

“Both appear to regenerate indefinitely by growing new muscles, skin, guts and even entire brains over and over again.

“Usually when stem cells divide — to heal wounds, or during reproduction or for growth — they start to show signs of aging. This means that the stem cells are no longer able to divide and so become less able to replace exhausted specialized cells in the tissues of our bodies.

“Our aging skin is perhaps the most visible example of this effect. Planarian worms and their stem cells are somehow able to avoid the aging process and to keep their cells dividing.”

The key lies in DNA

Each time a cell divides, the tip of its DNA, called the telomere, gets shorter. An enzyme called telomerase regenerates the telomores, however in most sexually reproductive organisms it is only active during the organism’s development. Once it reaches maturity, the enzyme stops functioning, and the telomeres become shorter and shorter until cell replication is made impossible, otherwise the DNA would become too severely damaged. An immortal animal is able to maintain telomere length indefinitely so that they can continue to replicate, and Dr. Aboobaker and colleagues were able to demonstrate that the flatworms actively maintain the ends of their chromosomes in adult stem cells, leading to theoretical immortality.

Doctoral student Thomas Tan performed a series of crucial experiments, as part of the project, in order to scientifically explain the worm’s fascinating, yet theoretical, immortality. A possible planarian version of the gene coding for the telomerase enzyme was identified, and had its activity turned off. Since the telomere shrank in size, it was thus confirmed to be the right gene. Armed with this new found knowledge, the scientists monitored and measured the gene and observed that asexual worms dramatically increase the activity of this gene when they regenerate, allowing stem cells to maintain their telomeres as they divide to replace missing tissues.

“It was serendipitous to be sandwiched between Professor Edward Louis’s yeast genetics lab and the Children’s Brain Tumour Research Centre, both University of Nottingham research centres with expertise in telomere biology. Aziz and Ed kept demanding clearer proof and I feel we have been able to give a very satisfying answer,” Dr. Tan stated.

From immortal worms to immortal humans

The same didn’t apply to sexual flatworms, though, which still, however, display the same apparently indefinite ability to regenerate. The researchers explain that either these flatworms will eventually shorten their telomeres, albeit very gradually, or they found a different way to maintain indefinite cell replication that doesn’t involve the telomerase  enzyme.

The researchers claim that the next natural step is to study how this might apply to more complex organisms, like humans.

“The next goals for us are to understand the mechanisms in more detail and to understand more about how you evolve an immortal animal,” said Aboobaker.

“The worms are a model system in which we can ask questions, like is it possible for a multicellular animals to be immortal and avoid the effects of aging?”

“If so, how does this animal do this in comparison to animals that don’t? Of course we hope that this impacts humans, that’s why we do it. But we aren’t planning on making any drugs or medicines… other people are, I’m sure.” 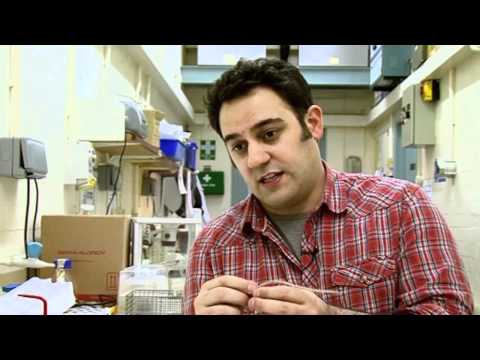 The findings were published in the journal PNAS. University of Nottingham PR.