by Mihai Andrei
in Anthropology, Genetics
Reading Time: 4 mins read
A A
Share on FacebookShare on TwitterSubmit to Reddit

You may understand that all people are different, but it takes a lot of genetics to understand just how different humans really are. Albert Perry for example has something spectacular in his genome: his Y chromosome is so distinct, so easily identifiable that it basically revealed new information about our species. Working their way around this chromosome, researchers were able to track down traces of the last common male ancestor down the paternal line of our species. They found that this goes back to 340.000 years old; let’s get this straight: they found that this paternal line, the “X grandfather” of humans lived 340.000 ago – twice more than previously believed.

This stunning discovery was based on (how else) a mistake. Perry was an African-American who lived in South Carolina, and one of his female relatives submitted a sample of his DNA to a company (which we won’t name) that conducts genealogical analysis. The data from these tests was more or less public, with hundreds of thousands of people being tested. Until Perry, geneticists concluded that all men gained their Y chromosome from a common male ancestor that lived 60.000 – 140.000 years ago… except for Perry that is.

Researchers tried to place his DNA on the “family tree” they created, but were unable to do so. His chromosomes were unlike anything else they encountered, because they were earlier in the tree than they were prepared for. The company was unable to go further.

Michael Hammer, a geneticist at the University of Arizona in Tucson, heard about Perry’s unusual Y chromosome and did some further testing, taking matters into his own hands.

“The Y-chromosome tree is much older than we thought,” says Chris Tyler-Smith at the Wellcome Trust Sanger Institute in Hinxton, UK, who was not involved in the study. He says further work will be needed to confirm exactly how much older.

He examined an African database of nearly 6000 Y chromosomes and found similarities between Perry’s and those in samples taken from 11 men, all living in one village in Cameroon – this is most likely where this 340.000 year old ancestors stemmed from.

Whoa! I just feel the need to take a minute and recap all this – genetical research has managed to track down the 340.000 year old ancestor of a South Carolina man to a small village in Cameroon! The emergence of information on our species in recent years is dazzling. Now, again, to clarify things a little – this is not some sort of Adam like figure whom every Human branched from; the strikingly high odds are that it is not a single Adam person, but rather a large group that acted as Adam, but I’ll beg your forgiveness, because “The Great x N Grandfather of Most Men” is sort of lacking in appeal. But the main shift here is the time frame. The first anatomically modern human fossils date back only 195,000 years, so Perry’s Y chromosome lineage split from the rest of humanity long before our species appeared – and this is where it gets really interesting.

What are the implications? Could this (let’s call it, for the lack of a better word) “ancient” Y chromosome be inherited from an archaic human population that has since gone extinct? Quite possible. If this is the case, the next conclusion is that some 200.000 years ago, anatomically modern humans interbred with an ancient African human. Are we talking about a new human species entirely? Almost impossible to say, but more likely the answer is ‘no’. As a matter of fact, fossil evidence seems to suggest the first hypothesis. 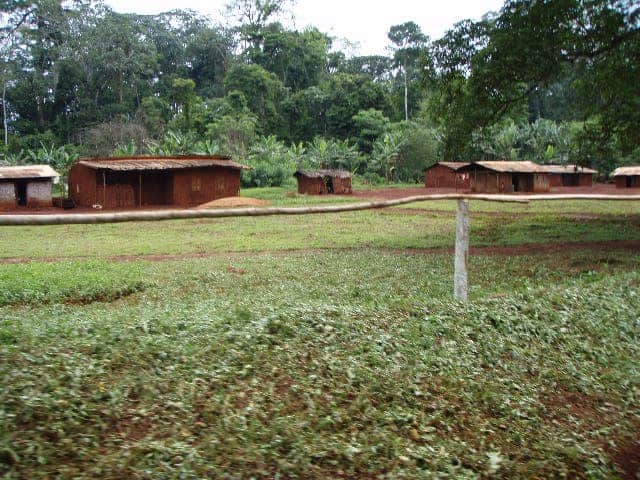 In 2011, researchers examined human fossils from a Nigerian site called Iwo Eleru close to the Cameroon village I was telling you about, and found several puzzling characteristics for those fossils. First of all, the fossils showed a strange mix of ancient and modern features, which suggests that a population of more modern men was interbreeding with a more archaic population.

“The Cameroon village with an unusual genetic signature is right on the border with Nigeria, and Iwo Eleru is not too far away,” says Hammer.

I’ve done my fair work in paleontology and I know this is just wishful thinking, but finding some human fossils in the close vicinity of the village would be gold. There are already discussions of expeditions, and if successful, this kind of discovery could allow us to better understand who we are as a species, where we stem from, and who we were breeding with.