The redwood has the 2nd largest genome in the world.

Coast redwoods and giant sequoia trees are California’s oldest residents, some being more than 2,000 years old. These magnificently tall trees have had their genomes sequenced for the first time, a major breakthrough that scientists claim will help preserve them for generations from the perils of disease and climate change.

The $2.6 million Redwood Genome Project, which first began in 2017, is the culmination of state-of-the-art genetic research and the most extensive genetic study ever done on primeval forests. David Neale, a University of California Davis plant scientist who led the project, along with colleagues at Johns Hopkins University and the Save the Redwoods League, used a supercomputer to analyze the DNA extracted from tissues taken from a coast redwood tree (Sequoia sempervirens) in Butano State Park and a giant sequoia tree (Sequoiadendron giganteum) from Sequoia Kings Canyon National Park.

Amazingly, the researchers found that the two species had some of the largest genomes known so far. The coast redwood genome has 6 sets of chromosomes and 27 billion base pairs of DNA, compared to only two sets of chromosomes and nine times fewer base pairs in humans. The giant sequoia has a more modest genome with 8 billion base pairs, but that’s still three times larger than the human genome.

“These narrow endemics play important roles in ecology, economy, culture, and conservation. Although redwoods have been around for millions of years, we know very little about how these trees evolved to occupy their current range,” Neale wrote on the project’s website.

The largest known genome belongs to the axolotl, a North American salamander, which numbers 28 billion base pairs. Researchers believe that its rich genome is what allows the salamander to not only regenerate limbs but also grow back internal organs.

It makes sense for a tree such as a redwood to have a complex genome. These trees can grow in the same place for thousands of years so they require a robust ability to fight off fungi, insects, and significant swings in temperature and humidity throughout their lifetime.

“We’re trying to build a 23andMe for trees, where a manager sends in their samples and gets a risk evaluation of their forest populations, if not individual trees,” Neale said in a statement. “Completing the sequences of the coast redwood and giant sequoia genomes is the first step.”

Sequencing the genomes of the world’s tallest trees, which can reach higher heights than the Statue of Liberty, is paramount to their conservation. Old-growth forests used to grow from the Sierra Nevada range and along the California coast all the way to the Oregon border. Sadly, loggers have cut down more than 95% of these forests since 1850. The few remaining forests have been granted special status and are protected in national parks, however, they are still threatened by climate change.

Ultimately, the project aims to develop genetic variation models for the various groves of old growth. In the future, it might be possible for a forest manager to send no more than a tree’s leaf to a specialized lab and get back a report on the trees and their vulnerability to drought and variations in temperature. This way, they can then make restoration decisions based on genetic diversity. This process to identify flaws in the trees is not all that different from the one that led to new cures for diseases like sickle cell anemia after the human genome was first sequenced in 2000.

“Every time we plant a seedling or thin a redwood stand to reduce fuel loads or accelerate growth, we potentially affect the genomic diversity of the forest,” said Emily Burns, director of science for Save the Redwoods League. “With the new genome tools we’re developing now, we will soon be able to see the hidden genomic diversity in the forest for the first time and design local conservation strategies that promote natural genomic diversity. This is a gift of resilience we can give our iconic redwood forests for the future.” 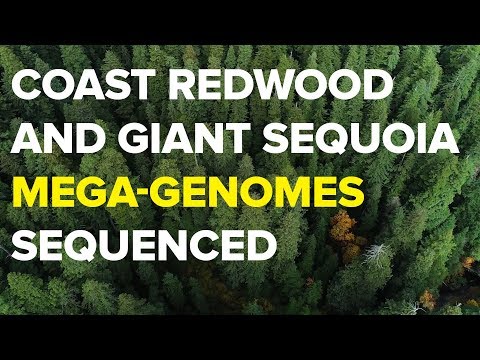