The ability to keep malaria under control is crucial - the disease is highly contagious and the potential health hazards are immense. Efforts have been somewhat successful, with fatalities dropping from over 1 million in 2000 to 584,000 in 2014. But the protozoans that are causing the disease are starting to become immune to the drugs we are using, and that's a huge problem.

by livia rusu
in Diseases, News
A A

The ability to keep malaria under control is crucial – the disease is highly contagious and the potential health hazards are immense. Efforts have been somewhat successful, with fatalities dropping from over 1 million in 2000 to 584,000 in 2014, but the protozoans that are causing the disease are starting to become immune to the drugs we are using, and that’s a huge problem. 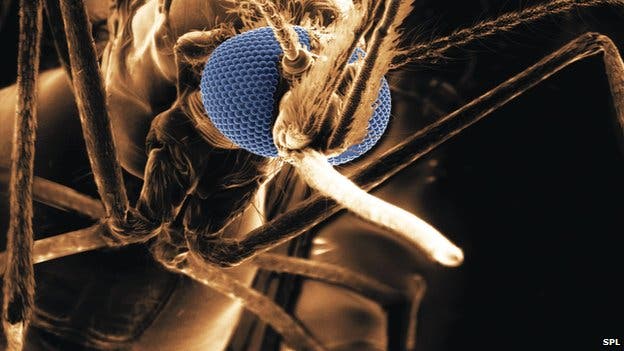 The parasited which causes malaria has existed for some 70,000 years, but the population size of the parasite did not increase until about 10,000 years ago, concurrently with advances in agriculture and the expansion of human settlements. Today, although it can affect many animals, malaria remains a deal between humans, parasites, and the mosquitoes which transport them. Malaria is not only a disease which kills over a thousand people every week (on average), but also causes major economic damage. During the late 19th and early 20th centuries, it was a major factor in the slow economic development of the American southern states and the trend is continued today.

Now, a new study detected drug-resistant malaria over a wider area than previously thought, spreading to South-East Asia and nearing India. In a country with such a huge population and major hygiene issues, the diseases could spread like wildfire.

“If this were to spread into India, malaria will continue to affect rural populations there, but there may not be an immediate effect on cure-rate,” said Dr Charles Woodrow, from the Mahidol-Oxford Tropical Medicine Research Unit, in Thailand.”But beyond the short term, there is very likely to be a problem, and there are very few [other] drugs on the table.”

So far, the countries in which drug-resistant malaria has been reported are:

“We can see artemisinin resistance is clearly present quite close to the Indian border, that’s clearly a threat and in the future is likely to lead to extension of the problem to neighbouring areas.”

Artemisinin is normally given as part of combination therapy. Initially, the drugs will be effective, but ultimately, it’s inevitable that the parasite will catch up.

This has happened before. Chloroquine probably saved hundreds of millions of lives, but malaria parasites developed resistance to it in 1957. Chloroquine has been extensively used in mass drug administrations, which may have contributed to the emergence and spread of resistance, possibly causing more harm than good after resistance developed.

Curiously, although there are far more malaria cases in Africa than South-East Asia, resistance to both chloroquine and artemisinin has been developed in Asia. The likely reason for this is lower levels of natural malaria immunity exist in the region than in Africa. This means that the entire area in Asia is like a training camp for the parasites to develop resistance to what we throw at them.

If we don’t act fast, we may lose an important tempo in the fight against the disease. Prof Philippe Guerin, the director of the Worldwide Antimalarial Resistance Network, said:

“This study highlights that the pace at which artemisinin resistance is spreading or emerging is alarming. We need a more vigorous international effort to address this issue in border regions.”