This is not SciFi: software update slated for bionic eye will grant higher resolution and colour vision

by Tibi Puiu
in Health & Medicine, Mind & Brain, Technology
A A
Share on FacebookShare on TwitterSubmit to Reddit

The Argus II is the first bionic eye implant, designed to grant the blind vision, that has been approved by the FDA in the US. The wearer of such an implant is now capable of distinguishing objects and live an almost independent life, which is absolutely remarkable by itself, however its performance is light years away from the natural counterpart. Technology has always been on an upward trend and it’s natural to expect the implant will get better in coming years, but think of it for a moment. It’s not like you’re buying a new hard-drive for your PC. In analogy, you’d have to go through surgery again, have your implant taken out, and then have a new one implanted back – the hassles are too great.

Zoom in on the future

Thing is, hardware’s not the only thing you can upgrade to increase performance, a lot of times a software update can do wonders and the bionic eye is no different. Recently, Second Sight – the company that developed Argus II – announced they’ll soon be rolling out a firmware update which will allow the users to have better resolution, focus, and image zooming. A planed second update will even allow for colour recognition, even though the initial product offers only black and white imaging.

The are many causes that can lead to blindness – cataracts, glaucoma, macular degeneration or various other diseases. Going to the root of the problem, what happens is the diseased eye is incapable of converting the light that hits the rods and cones of the retina  into electrical signals which, in a healthy eye, are then transmitted down your optic nerve to your brain which process them and retrieves images, granting sight.

Argus II is essentially a retinal prosthesis, and it works by having 60 electrodes implanted into the macula of the patient — the central region of the retina that provides central and high-resolution vision. Since the eye can’t receive light anymore or the essential input data it needs to convert into electrical signals, the actual “eyes” are replaced by a pair of spectacles with a mounted camera that records whatever the wearer is pointing towards. The camera then converts the captured images into electrical signals and sends them to a tiny antenna which is connected to the electrodes implanted in the retina. The signal picked up by the electrodes stimulates them in such a way that they then produce an electrical signal that can read and understood by the brain. Finally, out of pitch black, finally enters light. 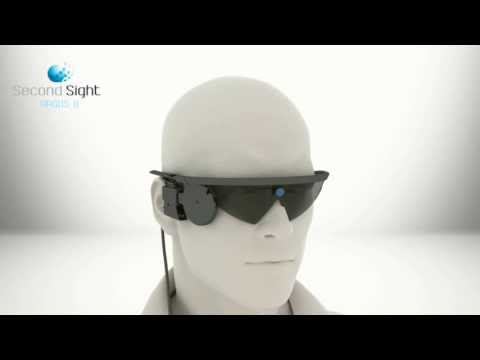 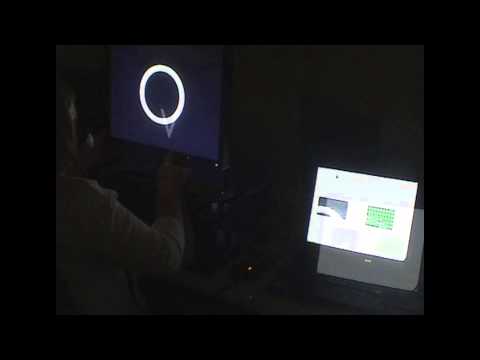 It’s rough pixel world, however. Since the implant only has 60 electrodes (6×10), you can imagine the resolution is extremely small, but it’s a lot better than being completely blind, and for some this means they now have the chance of living  a normal life or at least take care of themselves.

“There’s a new firmware out for my bionic eye. Cool!”

Even so, once the update called  Acuboost rolls in, Argus II users will be able to improve their implants’ performance significantly. If Second Sight needed years and years of back and forth discussions with the FDA for their product to become the first ever implantable bionic eye to be approved, apparently they require no such approval for firmware updates. Something that will most likely change soon enough as policies will become just as demanding for software, as well as hardware.

The ‘see in colour’ update is the most anticipated release, scheduled to come after Acuboost, and the most fascinating yet since technically the implant users don’t have any color vision capabilities as the these cells were destroyed by the disease. Instead, colour can be granted by ingeniously reading and correlating specific frequencies and delays in electrode stimulation with a colour.

There’s an European, more interesting, counterpart to the Argus II. In Germany, the Alpha IMS bionic eye has recently received European regulatory approval, and works much in the same way as the Argus II except in one major aspect: instead of having an auxiliary camera that feeds imaging signals, the Alpha IMS uses a self-contained bionic eye that grants vision by using light that actually enters the eye. More than that, instead of 60 electrodes the Alpha IMS boasts 1,500 electrodes, greatly enhancing resolution.  We reported on the retina implant in a previous ZME Science piece from February. Check out the presentation video for Alpha IMS below. 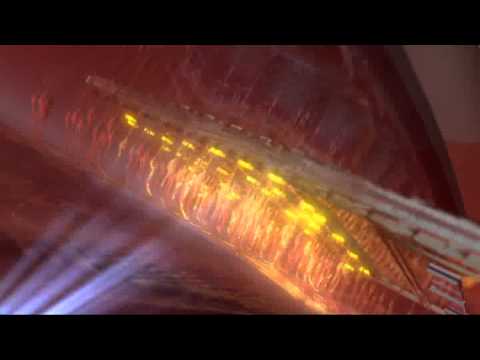