A word on plastic and reusable bags

by Mihai Andrei
in Eco tips, Environment
Reading Time: 2 mins read
A A
Share on FacebookShare on TwitterSubmit to Reddit

A while ago, I was telling you about the big garbage island in the middle of the Pacific ocean, and why you should use and reuse canvas bags instead of going for the plastic bags. But here are some quick facts about reusing bags. 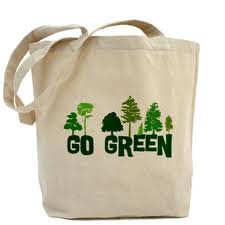 An average reusable bag requires the same amount of energy as an estimated 28 traditional plastic shopping bags or eight paper bags. Most people don’t reuse paper bags, and even if you can, there’s only so many times you can do that before it breaks or gets wet, but if you take a canvas bag and use it less than 28 times – you’re actually doing more harm than good. However, according to an unofficial research by the Wall Street Journal, only 10% of bags are actually being reused.

Also, reusable bags get a lot of bad rep because people claim they are dirty. There was (and still is) a lot of fuss around a 2010 study conducted by University of Arizona and Limo Loma University which concluded that “Reusable grocery bags can be a breeding ground for dangerous foodborne bacteria and pose a serious risk to public health” [if people don’t wash them]. However, the study was highly criticized, calling into question the small sample size of bags examined in the study and the questionable danger of the type and amount of bacteria found. Michael Hansen, senior staff scientist at Consumers Union explained the situation pretty well:

“A person eating an average bag of salad greens gets more exposure to these bacteria than if they had licked the insides of the dirtiest bag from this study.” But Hansen notes that there are some reminders to take away from the study. It’s easy to spread bacteria from meat, fish, or poultry to other foods – in your kitchen or in your grocery bags. So he does think it’s wise to carry those items in disposable bags. Reusable bags are fine for most everything else, but it’s a good idea to wash them occasionally.”

So there you have it people – don’t be a hypocrite, don’t be a “green hipster” – buying reusable bags and not reusing them isn’t doing any good. Use them, wash them once in a while, recycle them when you can’t really use them any more, and spread the word.