by Mihai Andrei
in News, Renewable Energy
Reading Time: 3 mins read
A A
Share on FacebookShare on TwitterSubmit to Reddit

Tony Abbott, the Australian PM has been warned he is putting international investment at risk after ordering the $10 billion Clean Energy Finance Corporation not to finance new wind power. Abbott, who is a firm support of the waning coal industry has escalated his war on renewable energy, attempting to block massive investments.

Wind power is a rapidly expanding branch of renewable energy production in Australia with an average annual rate of growth in installed capacity of 35% over the five years up to 2011. South Australia especially is one of the best areas in the world to install wind turbines, and since 2013, wind energy in Australia was estimated to have the same price as fossil fuels; as a matter of fact, a different 2013 study has shown that realistically, the country could go 100% renewable in a decade, should the right measures be taken. Sadly, that’s not happening – on the contrary, high level politicians are clinging to non-sustainable energy sources.

Investors were already in disarray following the government’s Renewable Energy Target review. Australia’s Renewable Energy Target (RET) is a Federal Government policy designed to ensure that at least 33,000 Gigawatt-hour (GWh) of Australia’s electricity (20%) comes from renewable sources by 2020 – but initially, the plan was much more ambitious. The Clean Energy Finance Corporation especially was a notable investor, already putting $300 million in wind energy, and promising to add $8.8 billion in the next few years. So, we have a clean industry that could thrive, creating not only clean energy but also numerous jobs and reducing dependence on fossil fuels, a serious investor willing to put the money down… what’s the problem?

The short answer would be: Tony Abbott. The long answer would be Tony Abbott and the group of people and corporations that supported him to become the elected PM. Contradicting everything that scientists and economists have been saying in the past decade, he believes that coal is the future – seriously, he actually said that, in 2014.

In a dazzling display of ignorance, he continued:

That’s right, mister Abbott seems to be blind to the overwhelming amount of facts that speak against coal as ‘the future of humanity’ – he even made it his own personal crusade to prevent the development of renewable energy which might threaten his beloved coal industry. He revealed that he detests wind farms, calling them noisy and “visually awful”; a recent study has found that wind turbines are generally as quiet as a heartbeat, and if you think wind turbines are ugly, then what could be said about the alternative? 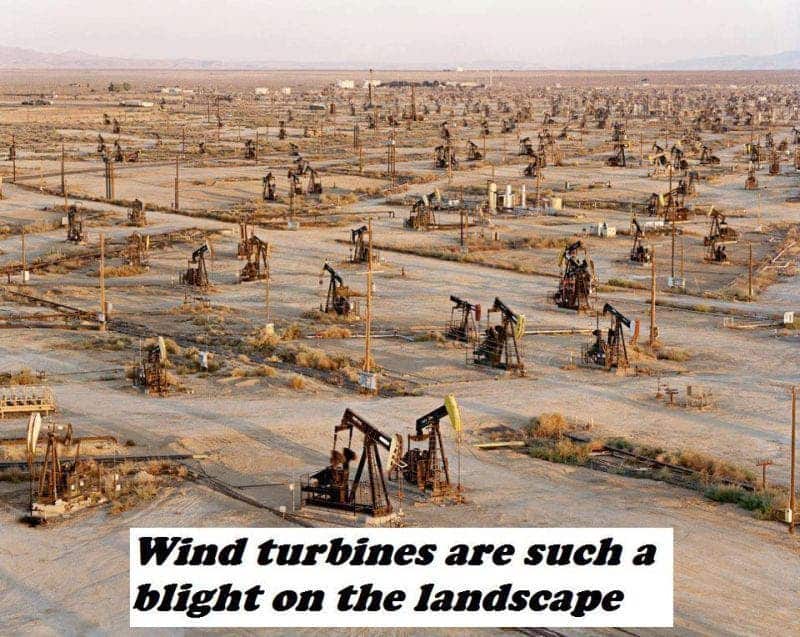 Abbott went even further, bragging that he has stopped the development of the awful wind turbines, slashing down renewables to a satisfactory level – though he would have liked it even more.

“I frankly would have liked to have reduced the number a lot more. But we got the best deal we could, and if we hadn’t had a deal, we would have been stuck with even more of these things… I’ve been up close to these wind farms, there’s no doubt that not only are they visually awful but they make a lot of noise.”

Now, he’s trying to prevent others from investing in renewable energy. Screw the planet, screw our global climate, and screw the possibility of a sustainable future… let’s not let men like Tony Abbott have their way, shall we?