A recent study of gargantuan proportions estimated that the technical potential of photovoltaic cells and concentrated solar power (CSP) in the United States, at today’s level of research and with today’s possibilities, is enough to generate about 400,000 TWh of energy annually, significantly more than any other renewable energy source. 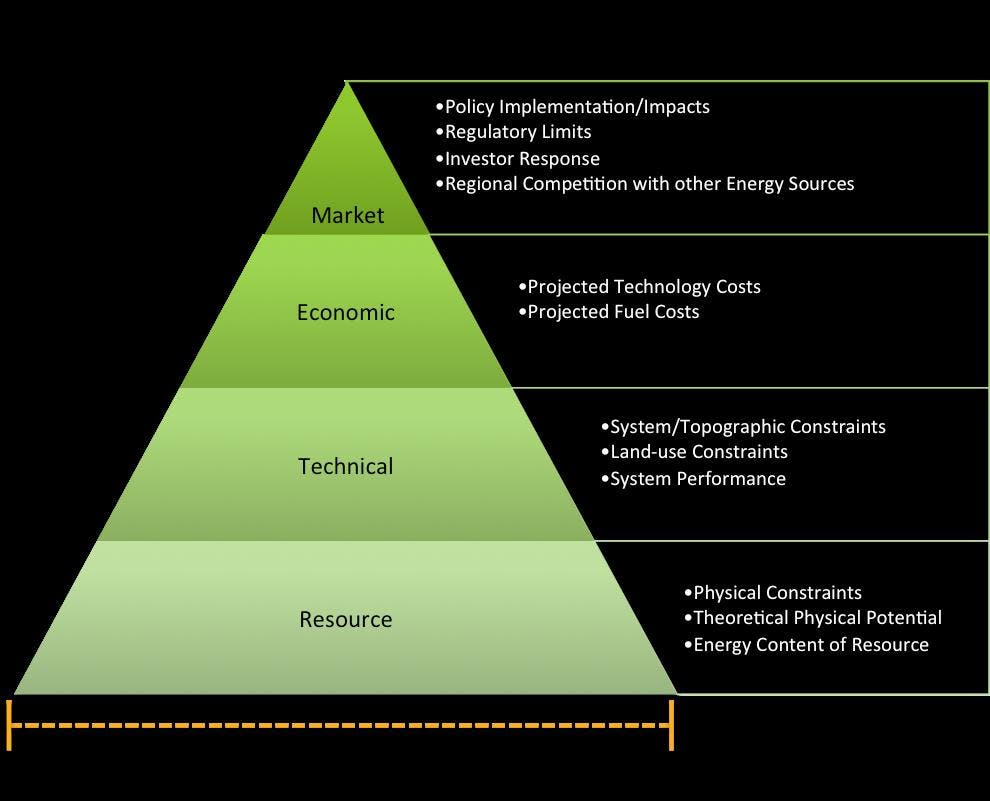 The National Energy Laboratory (NREL) routinely estimates the technical potential of specific renewable energy technologies in different areas, but this time, they applied a GIS (Geographical Information System) method to estimate how much the typical renewable energy sources can provide per year, based on renewable resource availability and quality, technical system performance, topographic limitations, environmental, and land-use constraints.

The results obtained in the study include state-level maps for different types of energy, describing the resulted estimates. However, the study analyzes the technical potential, and not the economic or market potential, ignoring the availability of transmission infrastructure, costs, reliability or time-of-dispatch, current or future electricity loads, or other relevant policies.

The analysis and results

Here are the results, sorted by the technology type.

Typically, utility-scale photovoltaics (PV) are split into urban-area and rural-area. All areas with slopes greater than 3% were eliminated for this technology. Also, additional extensions and filters were applied to eliminate areas which were deemed unlikely for development. The levels of solar radiation were obtained from the National Solar Radiation Database Typical Meteorological Year 3 (TMY3) data set (Wilcox, 2007; Wilcox and Marion, 2008).

Wind power technologies are split into onshore and offshore; onshore windpower is defined as the wind resource at 80 meters (m) height above surface that results in an annual average gross capacity factor of 30% (net capacity factor of 25.5%), while a suitable offshore resource should have an annual average wind speed greater than or equal to 6.4 meters per second (m/s) at 90 m height above surface. The offshore resource data extend 50 nautical miles from shore, and in some cases have to be extrapolated to fill the extent. 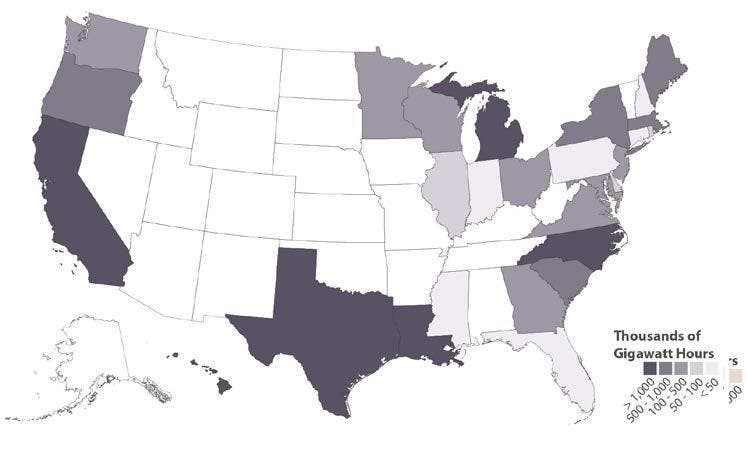 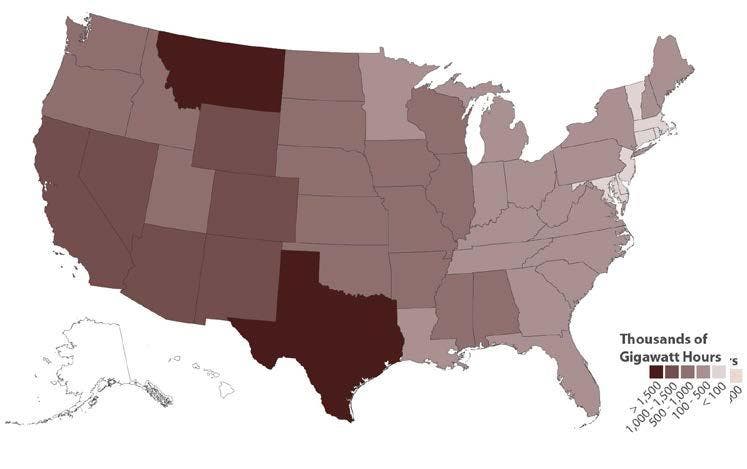 For identified and undiscovered hydrothermal energy sources, the estimates from Williams et al. were used, estimating the electric power generation potential of conventional geothermal resources (hydrothermal), both identified and unidentified in the western United States.

These are the final results of the estimated technical generation and capacity potential in the United States. 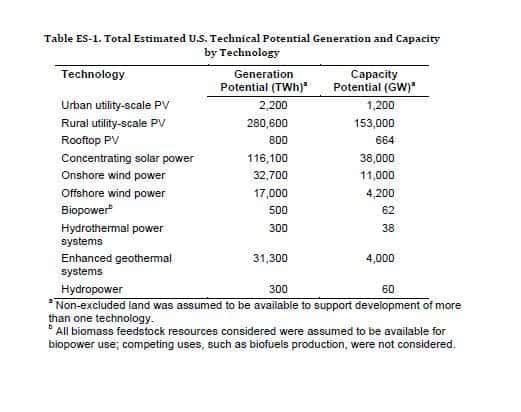 It’s plain for anyone to see that solar energy in the form of photovoltaics and concentrating solar power offers the most potential for the United States, especially in the rural areas. Offshore and onshore wind power, while an extremely valuable resource which is blooming at the moment, will become limited sometime in the future. Geothermal systems are also extremely valuable, while hydropower and biopower are significantly limited.

However, solar energy is quite problematic at the moment, due to reduced efficiency, the scarcity of needed materials and other technical problems. However, as time will pass, at least in the US, it seems clear that this is the resource we want to tap the most.