Tomorrow’s energy will come from space based solar stations, no later than 2016

by Mihai Andrei
in Renewable Energy, Space
Reading Time: 2 mins read
A A
Share on FacebookShare on TwitterSubmit to Reddit

Space solar stations are not a new idea at all – they have been researched since the 1970; but as years pass, scientists understand more and more the numerous benefits this type of technology could bring – a true revolution in renewable energy. 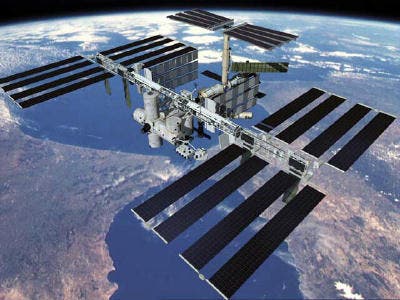 This idea might seem taken out from a scientific novel, but back in 2009 the Californian state regulators gave approval to the Pacific Gas & Electric Co. and Solaren Corp. to start creating a solar based power plant in space; the company was founded by tech veterans from Hughes Aircraft, Boeing and Lockheed and it plans to deploy a free-floating inflatable Mylar mirror one kilometre (0.62 miles) in diameter no later than 2016. According to their patent, the mirror will collect sunlight and in turn concentrate it on another, smaller, mirror, which will focus the rays on photovoltaic modules.

Not wanting to fall back, the Japanese have similar plans, but the launch will take place no sooner than 2030; on the other hand, Europe hopes to build infrared lasers capable of transmitting the energy from these space stations to our planet by 2020.

There are numerous reasons why this technology will revolutionize solar energy; first of all, it has a higher collection rate, because the sun rays won’t be affected and filtered by the ozone layer and the atmosphere. Second of all, they will have access to sunlight 24 hours a day at full intensity, compared to 10-12 hours, which is the maximum you can get on Earth. Also, when in outer space, these stations wouldn’t be affected by any atmospheric changes, or eventual plant or wildlife events. Also, perhaps the most interesting advantage is that, if a viable way of transmitting energy were developed, it could be transferred wherever there is a greater need.