by Mihai Andrei
in Pollution
Reading Time: 1 min read
A A
Share on FacebookShare on TwitterSubmit to Reddit

Greenhouse gas emissions are growing, growing and growing; the level of CO2 emitted by humans grew to 390.9 parts per million (ppm) – 40 percent above the levels in the pre-industrial age. 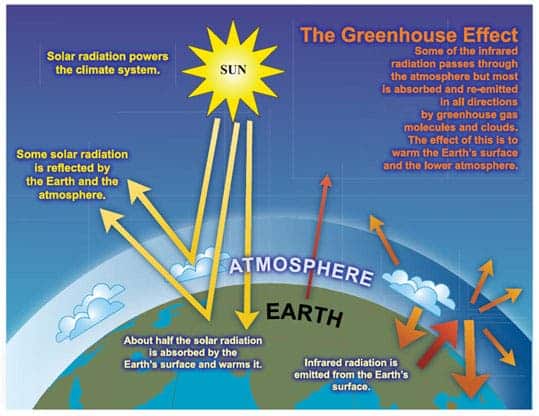 Fossil fuels are the biggest are the biggest contributor to this volume, responsible for 375 billion metric tonnes (413.37 billion tons) of carbon that has been released into the atmosphere since 1750; and the bad thing is that this carbon dioxide doesn’t just … go away. It will remain in our atmosphere for centuries, causing our planet to warm more and more as the levels grow.

“We have already seen that the oceans are becoming more acidic as a result of the carbon dioxide uptake, with potential repercussions for the underwater food chain and coral reefs,” he said in a statement.

Methane, a gas released in much smaller quantities, but much more harmful, is also long-lasting – and it too is accumulating in our atmosphere; so is nitrous oxide, a gas with a long-term climate impact that is 298 times greater than carbon dioxide. According to WMO, the United Nations’ weather agency, these three gases, linked to fossil fuels, deforestation and intensive agriculture have increased the warming levels by 30 percent between 1990 and 2011.