by Mihai Andrei
in Pollution, World Problems
Reading Time: 2 mins read
A A
Share on FacebookShare on TwitterSubmit to Reddit

According to a new report released by the Chinese authorities, global warming “threatens China’s march to prosperity by cutting crops, shrinking rivers and unleashing more droughts and floods“. 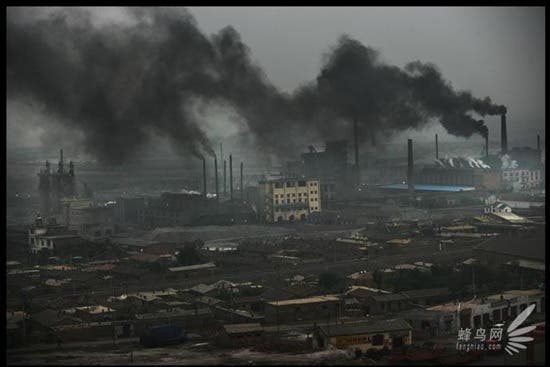 China, the world’s second largest economy and biggest polluter understands that “greenhouse gases from industry, transport and shifting land-use poses a long-term threat to China’s prosperity, health and food output“. China has 1.34 billion people, more than 4 times more than the US and currently is responsible for almost a quarter of all CO2 emissions in the world, so it’s really exciting to see that they understand the difficulties they have to face, in terms of global warming, especially since a large part of their economy relies on coal.

“China faces extremely grim ecological and environmental conditions under the impact of continued global warming and changes to China’s regional environment. [..] Rising emissions of carbon dioxide, the main greenhouse gas from burning fossil fuels, will begin to fall off only after about 2030, with big falls only after mid-century.”

Just like the rest of the planet, or perhaps even more, China is threatened by a wave of disasters: drought, heat, diseases, and everything that is associated with rising temperatures. According to the report, China will have to invest some $1.6 trillion until 2020, to get the temperatures on an acceptable trend.

Despite recent increase in awareness and certain clues that things are starting to move, the general Western attitude towards global warming is disappointing, so perhaps China could start leading the way here, although they have much more to work than any other major country of the world, but who knows. Maybe they will better understand and adapt to this issue.