by Tibi Puiu
in Environment, Nutrition
A A

In a society that attempts to pass from an opulent attitude towards consumption to a much more temperate, health-centered one, biases can easily make their way through and distort reality. It’s quite easy too, considering the amount of confusion that seems to be floating in the air. A good example for this is the “health halo effect”, underlined by a recent study that found an organic label influenced most people who had participated into altering their views of the labeled products in a way that goes beyond their health benefits. Perceptions of calories, taste and nutritional value were biased in favor of the organically labeled product, despite the fact the competing product was no less, no more the same.

The health halo effect is term coined by researchers when describing the tendency people have of overestimating the healthfulness of a food based on one narrow attribute. In a rather worrisome twist, previous studies have shown that people actually consume more organic foods than they would have intended were they non-organic foods, like eating far more low-fat foods than they would the traditional version. For those of you tempted each day by this “organic” marketing ploy, here are a few things you should consider: 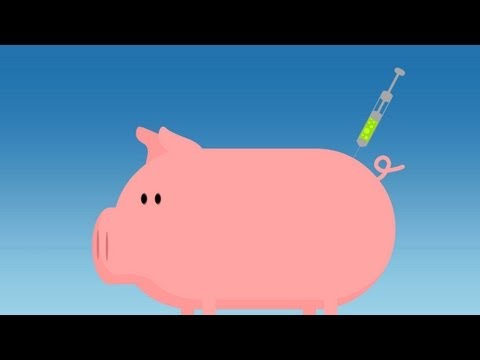 Back to the present study at hand, researchers at  Cornell University’s Food, along with Brand Lab researchers Lee, Shimizu, Kniffin and Wansink, asked 115 random people at a local shopping mall in Ithaca, New York to sample, rate and discuss pairs of organically labeled and unlabeled products. As such 2 yogurts, 2 cookies and 2 potato chip portions were presented.  The participants were then asked to rate the taste and caloric content of each item, estimate how much they would be willing to pay for the items and complete a questionnaire inquiring about their environmental and shopping habits. Unbeknownst to the participants, however, each pair of products, one labeled as “organic”, the other as “regular”, were completely identical – both being organic.

The findings suggest that the organic label dramatically influences people’s perception. The cookies and yogurt were estimated to have significantly fewer calories when labeled “organic” and people were willing to pay up to 23.4% more for them. Their nutritional value was also skewed as people rate cookies and yogurt as tasting ‘lower in fat’ than the “regular” variety, while the “organic” cookies and chips were thought to be more nutritious. Last, but not least taste buds were also fueled by the health halo effect, since  “organic” chips seemed more appetizing and “organic” yogurt was judged to be more flavorful. Again, all of these products were absolutely the same, the only thing that made an actual difference was the label.

The shopping habit questionnaire was especially enlightening, however, as it showed that not all people were fooled by the health halo effect. People who regularly read nutrition labels, those who regularly buy organic food, and those who exhibit pro-environmental behaviors (such as recycling or hiking) are less susceptible to the organic ‘health halo’ effect, the researchers found.

Examples in consumer goods bias are numerous, such as the cases with expensive beer, critics-ratted wine, hot chocolate in an orange mug, and so on. These are just a few that we actually reported on, the harsh reality is that our perception is greatly influenced and our attention is carefully directed towards certain directions by various organizations, companies and governments. This halo extends well beyond food – politics can be witnessed everywhere. A solution? Think for yourself and do your research!

The organic bias study was reported in a paper published in the journal Food Quality and Preference.