by Mihai Andrei
in Environment
A A

Residents in China’s northeast region of Harbin are experiencing severe levels of smog pollution, which reduced the visibility to just 10 meters and virtually paralyzed all activities. Today (Monday morning), all schools and airports were closed and public transportation is limited. 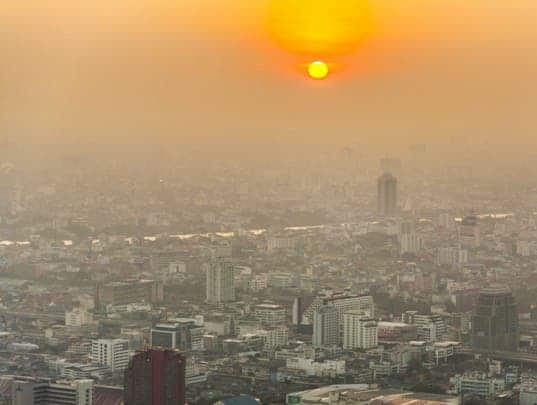 This is certainly not the first time in recent years when China was faced with obscene levels of pollution (1, 2, 3), the Harbin “Airpocalipse” is quite shocking. The local government reports an air quality index (AQI) of 500, the highest possible reading – basically, the pollution is so high it’s off the charts.

In the past weekend, authorities have reported extremely high levels of smog, and to make matters worse, the municipal’s coal-powered heating system was turned on over the weekend due to low temperatures, further aggravating the problem.

“You can’t see your own fingers in front of you,” the city’s official news site explained. A resident of Harbin commented on China’s microblog platform, Sina Weibo, “You can hear the person you are talking to, but not see him.”

According to Reuters, officials are expecting the thick fog to stick around for 24 hours, until hopefully, rain will come down and wash it (though that raises other problems as well). China’s pollution problems continue to aggravate more and more, giving a clear warning for years to come.