Beijing pollution seen from outer space – before and after pics 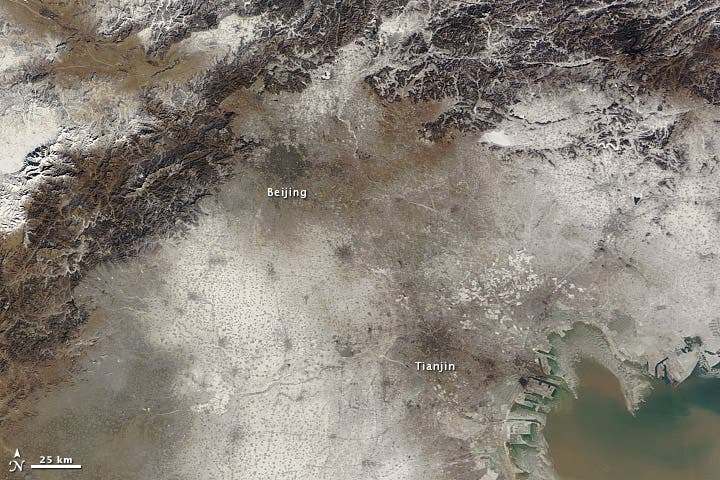 A few days ago I was telling you about the drastic state of pollution taking place in China these days – pollution levels are so high that all newspapers, even communist ones started pressing the government into environmental protection. To see how much the Beijing pollution evolved – take a look at the picture of the Beijing area two weeks ago (top) and now (bottom). 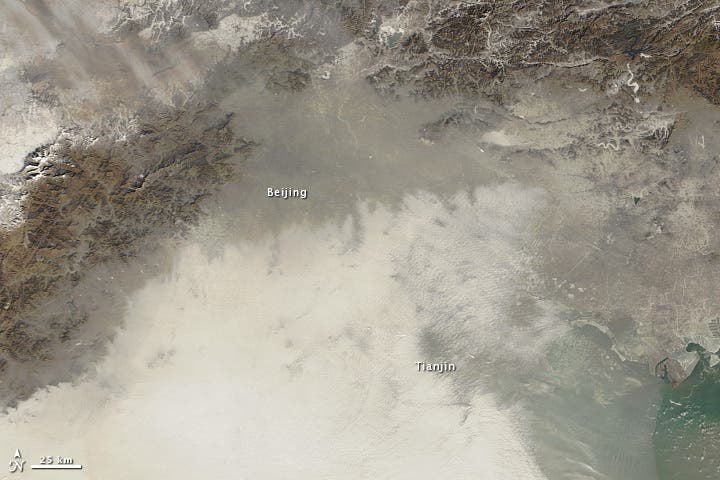 The images were released by NASA:

“The brightest areas tend to be clouds or fog, which have a tinge of gray or yellow from the air pollution. Other cloud-free areas have a pall of gray and brown smog that mostly blots out the cities below. In areas where the ground is visible, some of the landscape is covered with lingering snow from storms in recent weeks.”

NPR‘s Louisa Lim reported from Beijing that the smog “has affected more than 30 cities in China:

“China is choking on its own breakneck development, with thousands of new cars taking to the road every day. This year, the pollution has been exacerbated by weather patterns, combined with an unusually cold spell. ‘In the winter, we have to burn more coal to get heating,’ says Zhou Rong of Greenpeace. She says around 50 percent of Beijing’s air pollution is historically due to coal-fired power stations. ‘Another reason is the weather pattern makes the whole atmosphere very, very stable, and so all the air pollution accumulates down to the ground, so we are getting higher and higher air pollution.’ ” 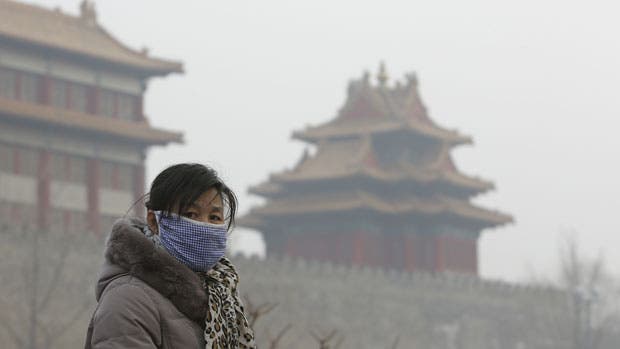