by Mihai Andrei
in Climate, Environmental Issues, World Problems
Reading Time: 3 mins read
A A
Share on FacebookShare on TwitterSubmit to Reddit

Researchers lately pointed out that delaying measures against climate change will make them more expensive and less effective; however, countries most vulnerable to global warming are startled by recent proposal received from rich or major emerging economies to delay a global deal to curb greenhouse gases until at least 2020. 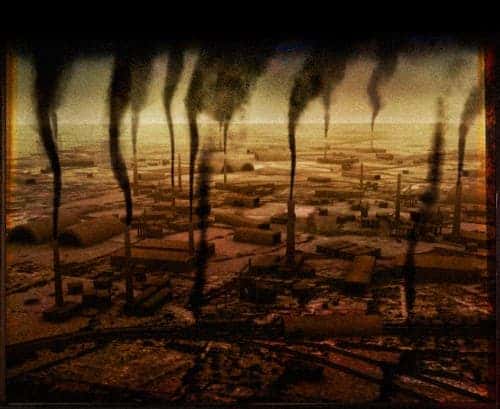 With the Herculean task of protecting the world’s environment, leaders from all around the planet gathered to propose and accept solutions which will at least delay and slow global warming, especially as recently a surge of information pointed out that its pace has quickened and its impact has deepened in recent years.

However, the talks taking place at UN Framework Convention on Climate Change (UNFCCC) still seem pretty fragile and riven with conflict, especially in the aftermath of the near collapse of the 2009 Copenhagen Summit.

The major issue at the moment is how can the US, China, India, the EU and a few other countries can slow down their CO2 emission, which amount for some 80 percent of the world total. However, at the moment, it seems there’s little chance for progress, as the 194 countries participating at the summit seem unable to find a way to cut the Gordian knot which ties these issues.

Recent studies have shown that the window of opportunity to cap global warming at two degrees is nearing its end – soon. Within five years, it could shut down completely; however, nobody except the European countries seem to care about this. The only pact binding treaty to curb CO2 emissions, the Kyoto Protocol is now respected only by countries from the EU, which account for only 11 percent of all emissions – a figure which is pretty constant in the last years.

Meanwhile, Washington is setting its own limits, while China doesn’t seem to be really concerned about these issues; the best they’ve done so far is announce they want to harvest energy more efficiently. This is why some of the so-called BASIC group of emerging economies didn’t want to sign any other binding document regarding CO2 pollution, and actually became alarmed about it.

“The push by the world’s biggest carbon polluters to delay flies in the face of the overwhelming evidence in support of immediate action and represents a betrayal of the people most vulnerable to climate change and the world,” said Grenada’s Dessima Williams, chairwoman of the Association of Small Island States (AOSIS.)

“To fulfill our moral and ethical obligation to protect our people, AOSIS will here in Durban reject any outcome that cannot ultimately safeguard our livelihoods and guarantee the survival of our nations.”

“It is headed towards a real impasse in Durban, frankly, there is no way to gloss over it,” said one veteran observer participating in the talks. “There are very few options left open to wring much out of the meeting unless the position of these major countries softens considerably.”

However, there is some good news – though not anything major. Big economies, such as the US, Canada and Japan have convergent opinions with China and India, but actual measures aren’t showing up quite yet.