Water demand for energy to double by 2035 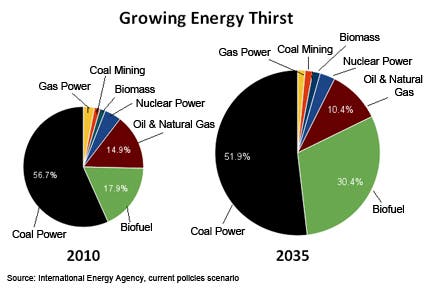 Water and energy are two of the things we pretty much take for granted – but we shouldn’t. Water is not infinite, and if you consume it at a high enough rate, it will run out; meanwhile, there’s a tight connection between living standard and energy consumption – and as the population continues to increase and raise its living standards, the energy demand increases as well. 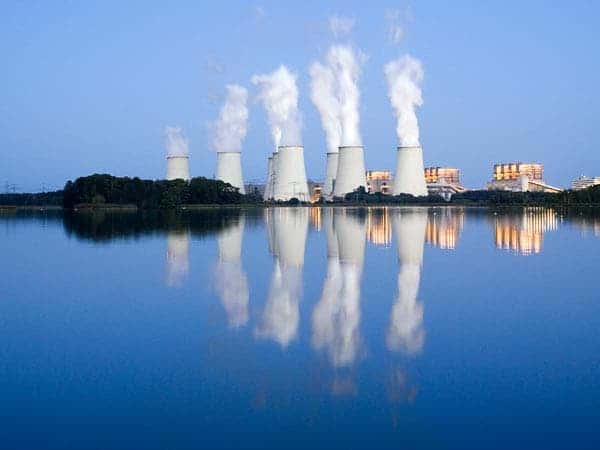 The amount of fresh water consumed for world energy production is on track to double within the next 25 years, the International Energy Agency (IEA) explains. The main culprits for this are probably  not the suspects you’d expect though: coal and biofuels. The lesser discussed but profoundly significant energy sources are expected to dramatically gain more land.

Today, the world needs about 66 billion cubic meters (bcm) of water for energy production; if today’s policies remain in place, then you can expect the number growing to 135 bcm by 2035 – just over 20 years from now. Just so you can get an idea, that’s about four times the volume of the largest U.S. reservoir, Hoover Dam’s Lake Mead. While, of course, people working in the biofuel and coal industry claim these numbers are exaggerated, data compiled by governmental and international agencies seem to support the IEA results – some paint even a darker picture.

“Energy and water are tightly entwined,” says Sandra Postel, director of the Global Water Policy Project, and National Geographic’s Freshwater Fellow. “It takes a great deal of energy to supply water, and a great deal of water to supply energy. With water stress spreading and intensifying around the globe, it’s critical that policymakers not promote water-intensive energy options.” 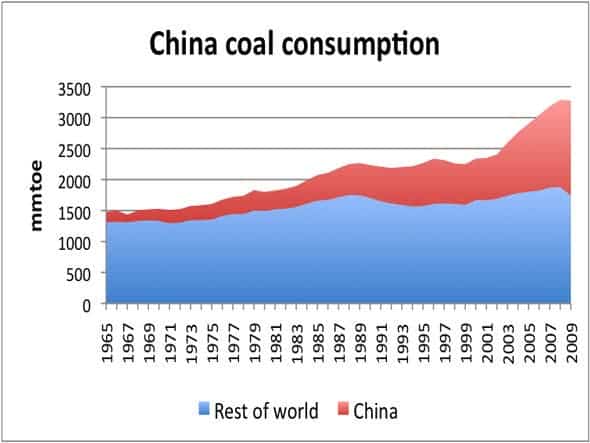 China’s industrialization and economic growth is powered with coal – literally; and it’s not only them that are paying the price [China smog intensifies] – the effects are felt on an international level. China’s coal consumption on it’s own is comparable to the rest of the world combined. The thing is, even though it greatly relies on coal, the US coal consumption hasn’t grown in the last years – which is something you can only say for a few more European countries. Other than that, the entire world seems to have rediscovered the magic of coal. The thing is, coal plants are among the worst you can get; they pollute like… well, like a coal plant, while also requiring massive quantities of water. If today’s trends continue in the next 20 years, then water consumption for coal electricity alone will rise with about 84 percent, from 38 to 70 billion cubic meters annually. Coal plants could be less water-extensive, the IEA explains, but the process would be more expensive and not as efficient.

After coal, the much-hailed biofuel comes next. For some reason, people seem adamant to ignore the fact that at the moment, biofuel does much more harm than good. The agency anticipates a 242 percent increase in water consumption for biofuel production by 2035, from 12 billion cubic meters to 41 bcm annually – but here’s the kicker! The amount of energy biofuels will deliver will continue to be modest!

Just so you can get an idea on how water extensive this energy source is, biofuels like ethanol and biodiesel now account for more than half the water consumed in “primary energy production” (production of fuels, rather than production of electricity), while providing less than 3 percent of the energy that fuels cars, trucks, ships, and aircraft. They are also nowhere near as efficient as traditional hydrocarbon sources. 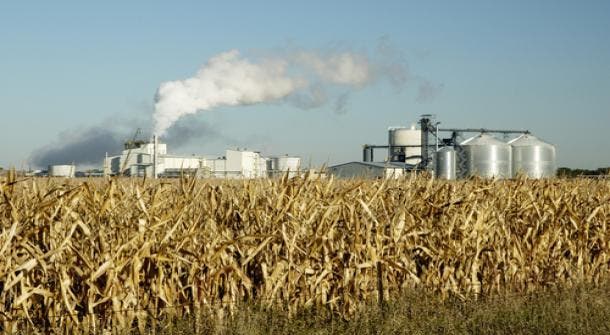 Experts worry that this impending shortage of water will occur at the same period when a shortage of food and water are expected. What, didn’t you know that if we continue to grow our population at this rate, we will soon run out of food and water? After all, there’s only so many people we can feed, and the projections for 2035 show a popullation of 9 billion.

“Biofuels, in particular, will siphon water away from food production,” says Postel. “How will we then feed 9 billion people?”

Hydraulic fracking will not have a global impact as big as biofuels and coal, but the regional impact will definitely be significant. An average of 15 million liters of water (~4 million gallons) are required for the fracking process, for each well ! A good oil site has at least 50-100 wells – and this can add a lot of stress to the local water supply. So what’s the sollution?

If this trend continues, things will become pretty dire. What can we do? We can try to harness the untapped potential that our planet has, in a win-win situation; renewable energy sources are only starting to make an impact, and hopefully, that impact will increase as years go by.

“There is still enormous untapped potential to improve energy efficiency, which would reduce water stress and climate disruption at the same time,” she says. “The win-win of the water-energy nexus is that saving energy saves water.”