I love Bill Nye, and I think the world needs more people like him. I don’t mindlessly follow him, I don’t always agree with what he does, but ultimately, his reasoning and actions speak very clearly to me. You can watch the video below and I highly recommend watching it to the very end, especially if you are (or will be) an American voter. I think that everybody with common sense, regardless of his political sympathy or scientific knowledge, should understand what’s happening there, just like when he debated Ken Ham. But I want to talk about something else now – a particular media bias when it comes to climate change. 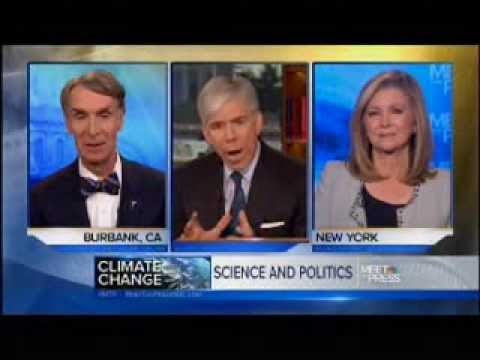 Climate change is a great example of this phenomenon. False balance is a media bias where journalists present an issue as being more balanced between opposing viewpoints than the evidence actually supports. Basically, media gives (approximately) equal time to both climate change supporters and climate change deniers, even though there’s a scientific consensus on the matter.

Wait, what do you mean there’s a scientific consensus on the matter?

The matter of man causing a significant warming on our planet, while highly discussed on the media, is a matter of little debate in the scientific community. Out of 13.950 published papers in peer reviewed magazines on climate change, only 24 deny climate change. The disparity on that is striking, it’s comparable to smoking: there is a similar scientific minority which claims that smoking isn’t really bad for you. But you don’t really see any media debate on that, do you ?

Furthermore, according to both the IPCC, the world’s leading authority in terms of climate change, and a UN panel, man-caused climate change has a certainty of 95%. So why then, one would think, is the media presenting things in an extremely biased and skewed way, when the scientific evidence is so overwhelming? The answer, in general lines, is simple: money.

Climate change has strong connections to by far the world’s most profitable industry: oil. 9 out of 10 top climate change deniers are linked with a specific oil company, and 70% of all climate change denial books have verifiable links to conservative think tanks. This is not a matter of science – it’s a matter of manipulation and media bias. Please, listen to Bill Nye; listen to Marsha Blackburn. Then take a moment to think deeply about that. Inform yourself – and in the end, judge things as you will, but do it in a rational and reasonable way. If anything, listen to what science tells you – not to the media.