by Mihai Andrei
in Climate, Remote sensing
Reading Time: 2 mins read
A A
Share on FacebookShare on TwitterSubmit to Reddit 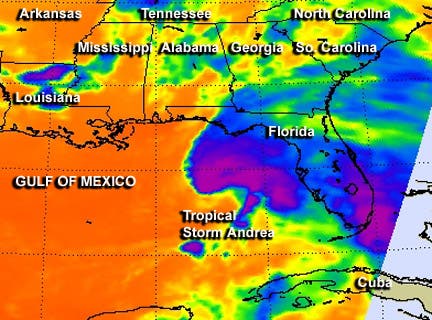 Subtropical Storm Andrea was the first named storm and first subtropical cyclone of the 2007 Atlantic hurricane season. The storm produced rough surf along the coastline from Florida to North Carolina, causing beach erosion and significant, but not massive damage. This year, things can be much worse.

A Tropical Storm Warning is in effect for the west coast of Florida from Boca Grande to Indian Pass, from Flagler Beach, Fla. to Cape Charles Light, Va., the Pamlico and Albemarle Sounds, and the lower Chesapeake Bay south of New Point Comfort, Va. If you’re in one of those areas or nearby, or you have loved ones living there, check the National Hurricane Center web page at: www.nhc.noaa.gov. 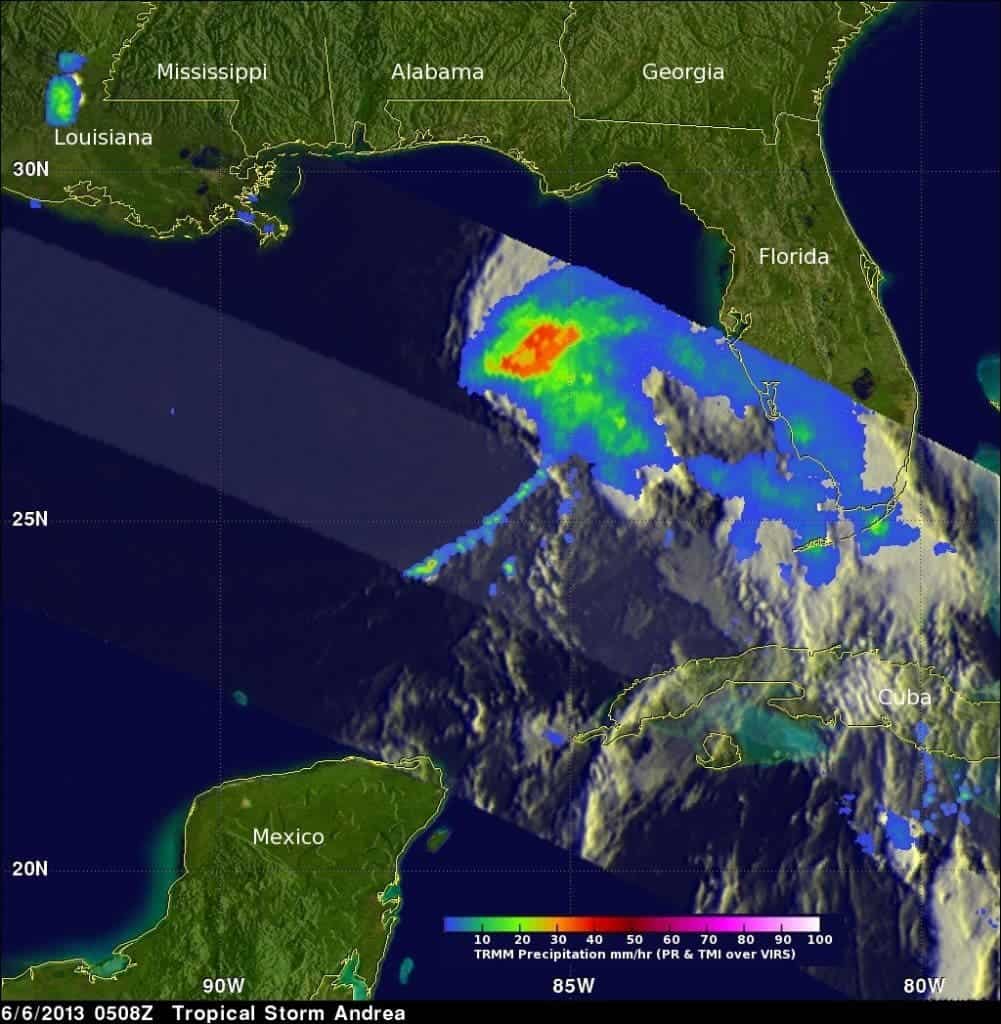 Andrea is expected to head to the North East after it goes through Florida, powering through the American coast on June 8.