These sharks thrive in a real-life underwater volcano

Yes, these sharks live inside a volcano.

It’s not Sharknado, but it’s definitely Sharkcano — researchers have found thriving, active sharks in an underwater volcano in the Solomon Islands near Papua New Guinea. 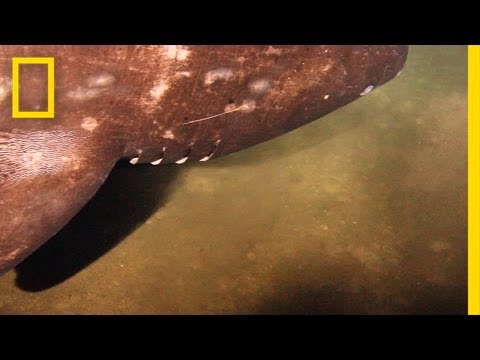 Life always finds a way; whether we’re talking about tardigrades living in extreme environments, plants in frozen landscapes, or, as it turns out, sharks in a volcano. In January 2014, National Geographic reported the unexpected discovery of several marine species living inside an active underwater volcano caldera, in the Kavachi Volcano in the Southwest Pacific Ocean (around the Solomon Islands). Particularly surprising was the presence of sleeper sharks.

“We were freaking out,” said University of Rhode Island Ph.D student Brennan Phillips to National Geographic.

Thought to be both predators and scavengers, sleeper sharks feed by suction and cutting of their prey. They live in frigid depths, where light is scarce and food is even scarcer. So what on Earth were these creatures doing in the hot, acidic caldera? That’s a good question, which researchers wanted to answer. So scientists went back for another expedition. But how do you explore an environment that’s toxic and hot enough to injure or even kill you? Why, you send in the robots, of course.

“Our goal is to send instrumentation there to get meaningful data, but sometimes it’s really fun to just blow stuff up,” says National Geographic explorer and ocean engineer Brennan Phillips.

Phillips reunited with his 2015 expedition mates — Alistair Grinham of University of Queensland and Matthew Dunbabin of Queensland University of Technology and Director of GFB Robotics — to measure pH, carbon dioxide, temperature fluctuations, acidity, and have a glimpse of the location.

They’ve learned that Kavachi is a strong greenhouse gas emitter, water temperatures are ten degrees higher than normal, and the pH drops sharply. The water is also very cloudy. None of these things are really surprising, and they’re all these bad for fish, and but are they equally bad for sharks?
For now, that’s still an open question. While the expedition helped shed more light on the Kavachi situation, we still don’t know how the sharks got there, why they’re enjoying the place so much, and how they will adapt in the future. Can they anticipate an impending eruption? What do they feed on? Those are all still questions that need to be answered. These learnings are now driving the development of new experiments for the next trip, Dunbabin says, and the exploration of Kavachi is far from over. In fact, it may just be beginning.
Tags: calderasharkvolcano
Share32TweetShare
ADVERTISEMENT
ADVERTISEMENT
No Result
View All Result