Volcanic Eruptions, Not Meteor, May Have Killed The Dinosaurs

by Mihai Andrei
in Climate, Geology
Reading Time: 2 mins read
A A
Share on FacebookShare on TwitterSubmit to Reddit 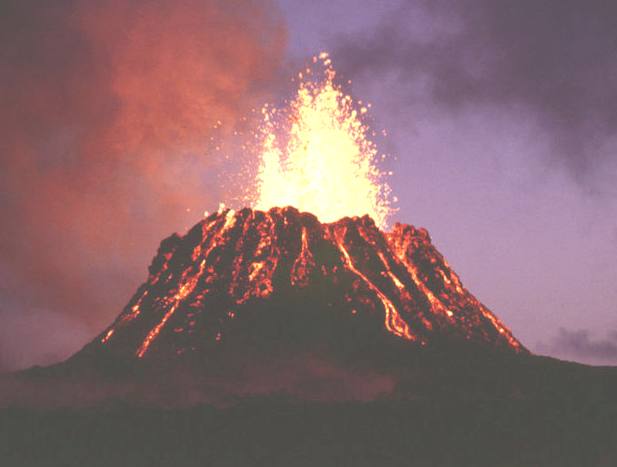 This debate has been indecided for years and years and there are serious evidence which backs up both theories. Recently a vast number of scientist leaned towards the meteor theory; they claim that a meteor impact in the Gulf of Mexico made changes which the dinousaurs could not adapt to. But scientists found out how a series of monumental volcanic eruptions in India may have killed the dinosaurs 65 million years ago.These eruptions were backed up by the gigantic Deccan Traps lava beds of India and they are considered very likely to have played a big part in the dissapearance of dinosaurs. “It’s the first time we can directly link the main phase of the Deccan Traps to the mass extinction,” said Princeton University paleontologist Gerta Keller.

“Our results are consistent and mutually supportive with a number of new studies, including Chenet, Courtillot and others (in press) and Jay and Widdowson (in press), that reveal a very short time for the main Deccan eruptions at or near the K-T boundary and the massive carbon dioxide and sulfur dioxide output of each major eruption that dwarfs the output of Chicxulub,” explained Keller. “Our K-T age control combined with these results strongly points to Deccan volcanism as the likely leading contender in the K-T mass extinction.” Keller’s study was funded by the National Science Foundation. So the debate remains open and it is not very likely that either theory is undeniable.