by Mihai Andrei
in Environment, Environmental Issues, Geology
A A
Share on FacebookShare on TwitterSubmit to Reddit 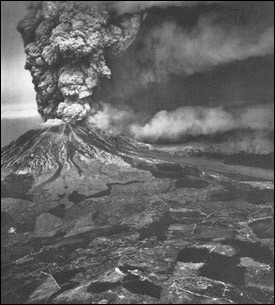 A previously unknown volcanic eruption was uncovered by scientists at the University of Leeds. It’s believed that this massive eruption took place 260 million years ago in South West China and released half a million cubic kilometers of lava covering a land mass the size of Great Britain and destroying marine life everywhere throughout the world.

Unlike most eruptions, this one was very easy to describe and researchers were able to pinpoint the time it took place with a high degree of precision. They were able to do this because it took place in a very shallow sea which made lava appear today as a “distinctive layer of igneous rock sandwiched between layers of sedimentary rock”; this made it easy easy to date because the sedimentary rock contains fossils of marine creatures that are very highly datable.

The layer of fossilized rock after the explosion shows the extinction of a very significant number of species, clearly pointing towards a major environmental disaster.

“When fast flowing, low viscosity magma meets shallow sea it’s like throwing water into a chip pan – there’s spectacular explosion producing gigantic clouds of steam,” explains Professor Paul Wignall, a palaeontologist at the University of Leeds, and the lead author of the paper.

“The abrupt extinction of marine life we can clearly see in the fossil record firmly links giant volcanic eruptions with global environmental catastrophe, a correlation that has often been controversial,” adds Professor Wignall.

The huge amount of sulphur dioxide that was thrown into the atmosphere lead to a massive cloud that surrounded all the planet and made it cooler and finally resulted in a torrential acid rain.