by Alexandru Micu
in Animals, Biology, Nutrition
A A

New York city rats show early signs of speciating away from their rural peers, a new paper reports. The main cause is likely greater food availability and different nutritional make-up.

Stephen Harris, a PhD graduate at the State University of New York who will join the biology faculty in 2018 and Jason Munshi-South, associate professor of biological sciences at the Fordham University in New York City, say there’s nothing quite like a New York City mouse.

The duo captured 48 white-footed mice (Peromyscus leucopus) from three parks across the city and in three in nearby rural areas to see if they can find any signs of biological adaptation to city life. White-footed mice are native to this area of North America, so the team looked at more subtle changes, in particular, differences in gene expression. RNA analysis revealed that the urban mice show 19 single nucleotide polymorphisms (SNPs), areas in the genome where a single nucleotide (letter) is different between two individual or groups.

Several of the SNPs were located in genes tied to digestion and border metabolic processes. One of these is involved in the synthesis of omega-3 and omega-6 fatty acids and is a version of a gene humans seem to have selected as we were transitioning from hunter-gatherers to agriculture. 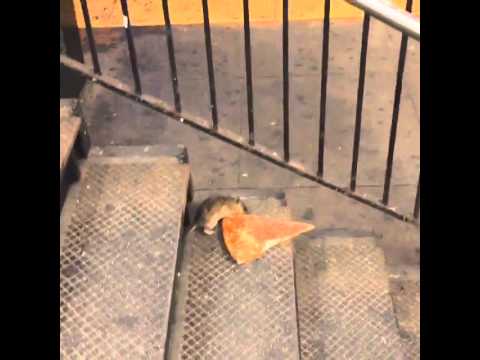 The team also notes finding genes tied to non-alcoholic fatty liver disease, which they say can be indicative of the mice eating a lot of fatty acids — which fast food has in abundance. The mice also displayed larger livers with more scar tissue.

“The first thing that we thought of was the ‘cheeseburger hypothesis’: urban mice subsidizing their diet on human food waste,” says Harris.

Besides junk food and waste food, city mice can also get their paws on other tasty treats, like seeds, nuts, or berries growing in parks. These sources are also more plentiful than in rural areas, where higher inter-species competition limits their access to food. So the most likely thing happening here, Richardson says, is that the mice rely on a mix of urban foodstuffs, and occasionally dine on human food waste for a calorie boost.

The work is part of a wave of studies investigating examples of rapid adaptation, showcasing evolution in the works. However, the authors caution that their sample size was too small to draw any definitive conclusions at this point in time, so future studies will be needed to confirm or the results.

The paper “Signatures of positive selection and local adaptation to urbanization in white-footed mice (Peromyscus leucopus)” has been published on the preprint server bioRxiv.