Are elephants really frightened by mice?

by Tibi Puiu
in Did you know?, Science
Reading Time: 3 mins read
A A

From Saturday morning cartoons to fables, one of the most popular images we can find is that of an elephant cowering in front of a mouse. This conjuring is often used as an allegory for the underdog, but is there any truth to it?

It’s not clear where or when the first ‘elephant scared by a mouse’ myth started. One version can be traced back to 77 AD, the time of Pliny the Elder —  next to Aristotle, probably the most influential scholar in antiquity. Pliny was the first to say “the elephant hates the mouse above all other creatures,” and because he was so influential and highly regarded, this sort of stuck not only with the Romans but for millennia afterward. Remember, elephants didn’t live in the so-called ‘civilized Western world’ so like other exotic species, their appearance and behavior were left to the imagination. Just look at how people used to think elephants looked like in the Middle Ages — totally hilarious.

The myth wasn’t eaten whole by everyone, though. Some were rightfully intrigued by the imagery of a 3-ton-animal petrified by a teeny-weeny mouse, like Allen Moulin who was a physician during the 1600s. Moulin, who wasn’t very familiar with elephants but at least had some knowledge of their anatomy, reasoned that since elephants lack epiglottis — a cartilage that protects the windpipe while swallowing — then it reasonable to assume that such a big creature could be afraid of a tiny one if it could crawl up the elephant’s trunk and suffocate it.

Alas, like Pliny before him, Moulin wasn’t really on to anything. He did, however, perpetuate a seemingly scientific explanation for why the biggest land mammal in the world is afraid of mice.

Like any wildlife biologist will tell you today, elephants do have that flappy cartilage to protect their windpipes. Even if a mouse, insect or any kind of ‘debris’ ended up the trunk, the elephant needs only to blow it. In fact, that’s what they do most of the time when they feel the trunk is getting clogged.

Yet in an episode of Myth Busters, Adam Savage and Jamie Hyneman found the myth was actually ‘plausible’. Though they didn’t give it any chance, their experiments suggest that South African elephants stopped dead in their tracks when they were met by mice hidden in dung. Once the elephants noticed the little critters, they actually backed away and even started moving in the other direction. 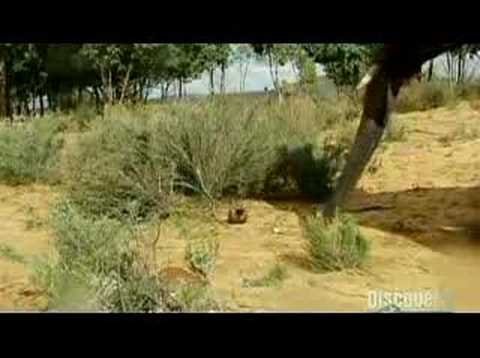 According to John Hutchinson, who is a researcher at the Royal Veterinary College in London, elephants in the wild get nervous whenever a small but fast animal meets their tracks. That means that not only mice can frighten them, but dogs, cats and just about anything that’s agile. Also, there’s a novelty factor involved.

Captive elephants, like those in zoos or circuses, are often seen sleeping with rodents right on top of them. They seem to mind very little, as most keepers would tell you.

So, rather than being afraid of mice per se, elephants seem to be startled by frantic movements. And, really, the same can be said about any animal living in the wild.