There were some pretty epic works of art made throughout the Middle Ages and especially the Renaissance. But these elephants are not among them. 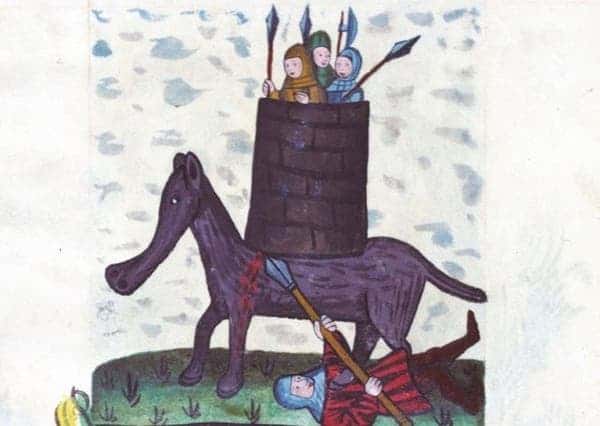 There were some pretty epic works of art made throughout the Middle Ages and especially the Renaissance. Tapestries, the Mona Lisa, the Last Supper, monumental works gracing royal chambers and cathedrals. But we’re not gonna talk about those today. We’re gonna talk about the drawings that would have barely made it under a magnet on the fridge door (if they would’ve had fridges or magnets in those times.)

The drawings that never fail to get a giggle out of me. No matter how tragic or dramatic the scene, there’s always a little something hilarious in the depiction; most often caused by a dissociation between what’s happening and the expressions depicted. The fiercest battle, the most grueling siege, for example, has that one guy stabbing away with a bored expression on his face, seemingly wondering whether or not he turned the stove off before he left home. For me, it just adds to the experience — they’re treats, like little chips of chocolate in a cookie to be found and enjoyed.

But if you want a full chocolate bar, look no further than these medieval takes on what an elephant looks like.

Ok so only two pictures in and color, anatomy and size are already hilariously wrong. A preschooler could probably draw a better elephant, right? 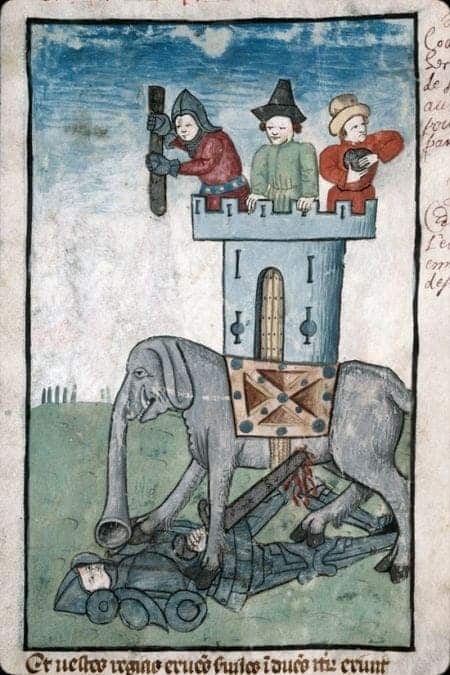 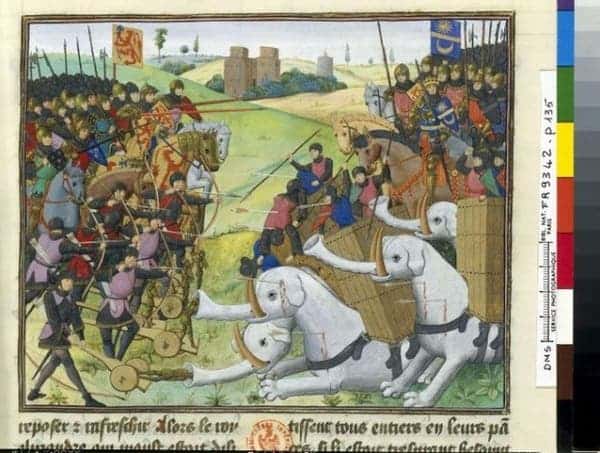 Well yes, that’s probably right. But consider the fact that these drawings were done starting from nothing more than a description of what an elephant is, and a shoddy one at that. Or from another drawing, at best. The average preschooler today has seen a lot more elephants than all these artists combined. So they naturally drew them similar animals they knew of which seemed similar in form or use: horses, boars or dogs. 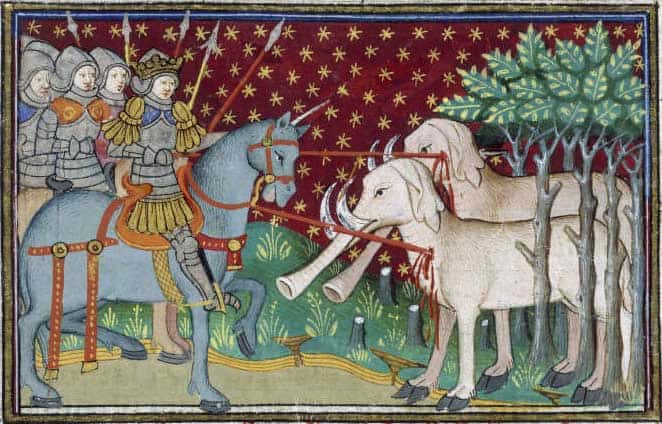 It just goes to show the huge difference modern photography makes in our lives, connecting the world, making it smaller and smaller each day. I can’t think of a single thing that I know of without having seen at least one picture or photograph of. But if I do and I’m curious to see how it looks like, all I have to do is google it. These artists could have only dreamed of that.

Luckily for us, or they wouldn’t have made these awfully hilarious drawings.

All images via Imgur.