The Woman who was struck by a meteorite

The Sylacauga meteorite fell on November 30, 1954, at 14:46 local time (18:46 UT) in Oak Grove, Alabama, near Sylacauga. However, the meteorite is often called the Hodges meteorite - because it struck Ann Hodges, who became the first person confirmed to be hit by a meteorite.

by livia rusu
in Feature Post, Space
A A

The Sylacauga meteorite fell on November 30, 1954, at 14:46 local time (18:46 UT) in Oak Grove, Alabama, near Sylacauga. However, the meteorite is often called the Hodges meteorite – because it struck Ann Hodges, who became the first person confirmed to be hit by a meteorite. 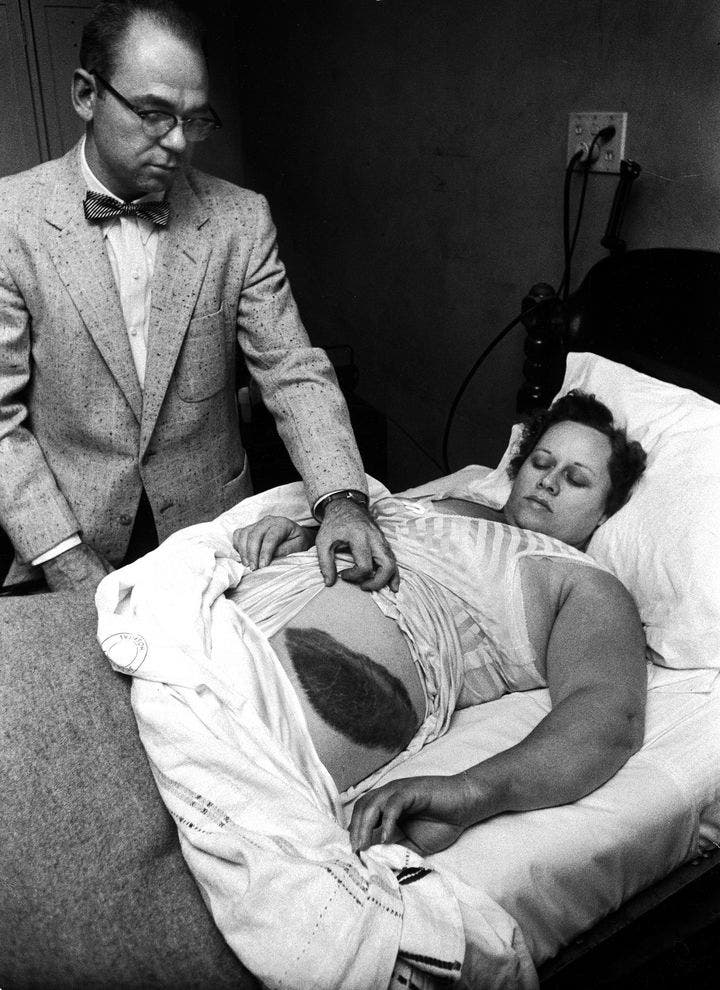 It was an afternoon like any other. Ann Hodges was just napping on the couch when the meteorite struck the ceiling, hit the radio and bounced back to hit her in the shoulder. She was lucky she wasn’t hit directly. Other than the huge bruise and a big scare, Ann remained unharmed. But the aftermath was anything but quiet.

Upon hearing the news, neighbors started flocking to her house, with many claiming that the meteorite was “sent by the Soviets” – it was the time of the Cold War. A government geologist was sent in by helicopter to inspect the object and eventually determined that it was a meteorite, and not a communist weapon. It was actually a chondritic meteorite, with high amounts of iron. The most abundant minerals are bronzite (an orthopyroxene), and olivine.

Then, the legal fight for the meteorite began. Both Ann and her husband as well as the landlord demanded ownership of the meteorite. Ann got it, but about one year after the event, when public interest had already faded. She could never find a suitable buyer, and stressing out due to all the public attention, she eventually donated it to the Alabama Museum of Natural History in 1956.

Ironically, even though Ann was able to get hold of the meteorite one year after the event, local farmer Julius McKinney came upon the second-largest fragment from the same meteorite the very next day. He immediately sold it to the Smithsonian Institute. The money was enough for him to buy a new house, a car, and some land. Unfortunately, Ann got all of the problems and none of the prizes.

She however is almost certainly not the only person ever struck by a meteorite. A manuscript published at Tortona, Italy, in 1677 tells of a Milanese friar who was killed by a meteorite and in 1992, a small meteorite fragment (3 g) hit a young Ugandan boy in Mbale, but it was slowed down by a tree and only scared the boy.