A unique cosmic stone challenges what we know about how the solar system formed.

A unique stone discovered in 1992 in Egypt’s Sahara desert has quite the story. Scientists think that the Hypatia stone, named after an ancient astronomer from Alexandria, predates the formation of our solar system and may well be interstellar in nature.

Hypatia is, in fact, the first “comet nucleus” – the solid, central part of a comet, popularly termed a dirty snowball or an icy dirtball – found on Earth. Previously, tests run on Hypatia samples suggested it has a mineral composition like no other known meteorite.

Now, the same team of researchers at the University of Johannesburg that carried out the initial mineral analysis reports even wilder characteristics. Unlike chondritic meteorites, which formed in the cloud of dust and gas (a.k.a. the nebula) from which the rest of the solar system formed, Hypatia is very rich in carbon with trace amounts of silicon. Typically, the opposite is true for chondritic meteorites, which are rich is silicon and poor in carbon. 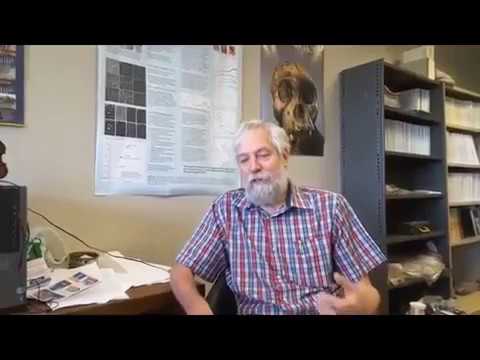 According to lead-author Prof. Jan Kramers, the Hypatia stone’s internal structure is somewhat like a fruitcake that has fallen off a shelf into some flour and cracked on impact.

“We can think of the badly mixed dough of a fruitcake representing the bulk of the Hypatia pebble, what we called two mixed ‘matrices’ in geology terms. The glace cherries and nuts in the cake represent the mineral grains found in Hypatia ‘inclusions’. And the flour dusting the cracks of the fallen cake represent the ‘secondary materials’ we found in the fractures in Hypatia, which are from Earth,” he said in a statement.

The carbon-silicon matrix of Hypatia is also comprised of polyaromatic hydrocarbons (PAH), commonly found in interstellar dust, “which existed even before our solar system was formed,” Kramers added. It’s these PAH molecules in Hypatia’s matrix that allowed the peculiar cosmic pebble to survive weathering over millions of years. Upon impact with Earth, the released energy was high enough to instantly convert the carbon-rich molecules into micro-diamonds, forming a crust that shielded Hypatia against the elements.

Hypatia is also dotted with inclusions — material trapped within the body of a crystal which is different from the primary elements, and which in our analogy represent the nuts and cherries of a fruitcake that comprised of surprising elements. For instance, aluminum was found in pure metallic form and not in a compound with other elements as one would expect.

“We also found silver iodine phosphide and moissanite (silicon carbide) grains, again in highly unexpected forms. The grains are the first documented to be found in situ (as is) without having to first dissolve the surrounding rock with acid,” adds co-author Georgy Belyanin. “There are also grains of a compound consisting of mainly nickel and phosphorus, with very little iron; a mineral composition never observed before on Earth or in meteorites,” he adds.

All of these characteristics suggest that Hypatia is an unchanged pre-solar system material. The inclusions themselves, however, likely formed in a post-solar system age, which makes this extraterrestrial puzzle even more complex. If Hypatia doesn’t predate the sun, then its features indicate that the solar nebula, from which all planets, moons, and the sun itself formed, was not homogenous, challenging the generally accepted idea of how the solar system was formed.

Kramers adds that the Hypatia pebble likely formed in a cold environment at extreme freezing temperatures — below that of liquid nitrogen on Earth (-196 Celsius). Most comets we’ve identified come from the Kuiper Belt, located well beyond Neptune’s orbit some 40 times farther from the Sun than Earth is. Other comets come from the Oort Cloud, which is even farther out. Hypatia might also come from the Oort Cloud, which contains objects whose mineral composition we know little about. Hypatia might one day help clear the fog around this nebulous region.