Using 14 years of images put together, astronomers have managed to animate the fantastic chaos that takes place inside the supersonic jets of newborn stars.

Using pictures taken from 1994 to 2008 and a little image animation, NASA astronomers managed to put together these videos of supersonic jets being ejected out of stars.

“We’r trying to study how stars form. Just by looking at any one process, you don’t get the full picture,” said astronomer Patrick Hartigan of Rice University, who led a study using the new imagery published July 20 in Astrophysical Journal. “It’s very important to understand [the jets], because that’s how our sun formed, and that’s how planetary systems form. And that’s basically how we got here.”

What we’re looking at here is high speed jets shooting out from pulsars, black holes, stellar nurseries, and other galactic objects, all of which are at least 1350 light years away from our galaxy. 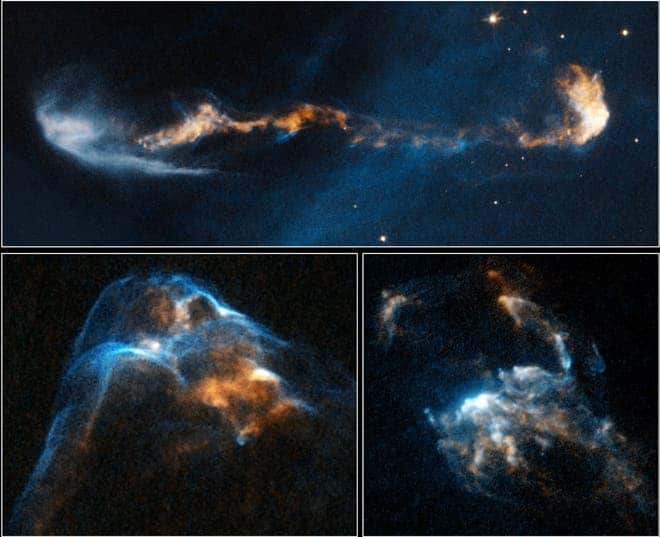 “It’s a lot like the difference between simply, say, looking at picture of … a quarterback throwing a pass versus actually seeing the entire play,” Hartigan said. “[It] really gives you the only way to get true insight into the physics of the dynamics of what’s going on.”