Black hole at the center of our galaxy bursts out

by Mihai Andrei
in Astrophysics, Remote sensing, Space
Reading Time: 3 mins read
A A
Share on FacebookShare on TwitterSubmit to Reddit

As far as black holes go, Sagittarius A*, the supermassive black hole at the center of the Milky Way is pretty boring. It emits about the same energy as the sun, despite being 4 million times more massive.

Astronomers have observed that about once a day, the black hole awakes, emitting a brief burst of light before settling back into its slumber. It’s unclear what causes these flares,and astrophysicists have long tried to figure out the cause, in an attempt to better understand mature black holes like Sagittarius A*.

Recently, a team including researchers from NASA, MIT, the University of Amsterdam and the University of Michigan have used NASA’s Chandra X-Ray Observatory to detect the brightest flare ever observed from Sagittarius A*. The flare was recorded from 26,000 light years away, is 150 times brighter than the black hole’s normal X-ray luminosity, and could be an important piece of the puzzle.

“We’re learning what black holes do when they’re old,” says Joey Neilsen, a postdoc at MIT’s Kavli Institute for Astrophysics and Space Research. “They’re no young whippersnappers like quasars, but they’re still active, and how they’re active is an interesting question.”

The results were published in The Astrophysical Journal. 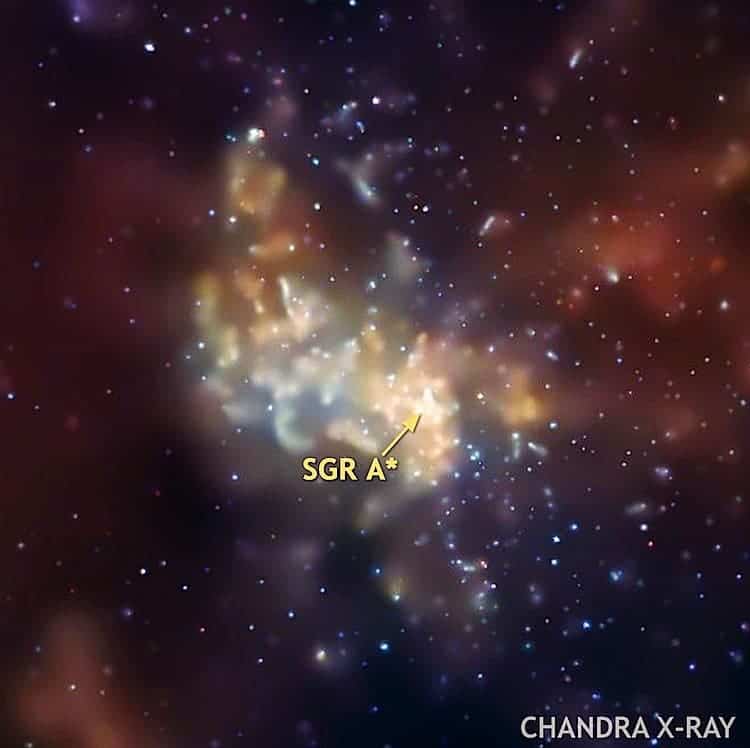 Black holes are the nastiest places, devouring everything and anything around them. Astronomers detect them by observing the light energy given away when a black hole swallows a nearby object. As black holes age, the team explained, they behave somewhat curiously; you’d expect an older, bigger black hole to suck up more and more matter, but that’s not really how things are.

“Everyone has this picture of black holes as vacuum sweepers, that they suck up absolutely everything,” says Frederick K. Baganoff, a research scientist at MIT Kavli. “But in this really low-accretion-rate state, they’re really finicky eaters, and for some reason they actually blow away most of the mass available for them to consume.”

To detect such faint signals, the team used NASA’s Chandra X-Ray Observatory, a giant space-based telescope, and their attempt paid off.

“Suddenly, for whatever reason, Sagittarius A* is eating a lot more,” says Michael Nowak, a research scientist at MIT Kavli. “One theory is that every so often, an asteroid gets close to the black hole, the black hole stretches and rips it to pieces, and eats the material and turns it into radiation, so you see these big flares.”

The team has reserved a whole month on the Chandra telescope to study Sagittarius A*, in an attempt to see just how often these flare-ups are.