Get a glimpse of a black hole’s fury 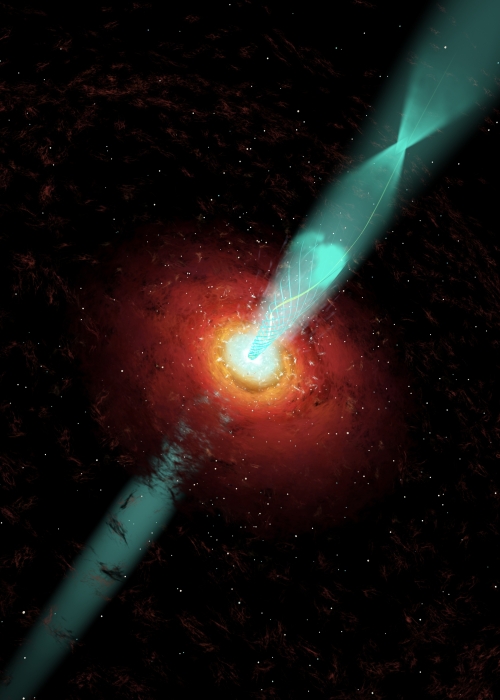 Recently, a team of researchers (with the help of the National Science Foundation’s (NSF) Very Long Baseline Array (VLBA) and a host of international telescope partners) have managed to get the clearest observation yet of the “core” of a black hole.

A black hole is a region of space in which the gravitational field is so powerful that nothing, not even light, can escape its pull after having fallen past its event horizon.From what they could observe, astronomers drew the conclusion that there is a strong evidence of enormous jets of particles emitted by supermassive black holes, which are in fact corkscrewed in a way predicted by theory. The researchers reported their findings in the April 24 issue of Nature.

Also, they believe that the coiling is a result of twisted magnetic fields acting on the particle streams. The black hole was in the BL Lacertae galaxy, which 950 million light years from Earth.

The study was conducted by Alan Marscher of Boston University. More data and interesting stuff here.